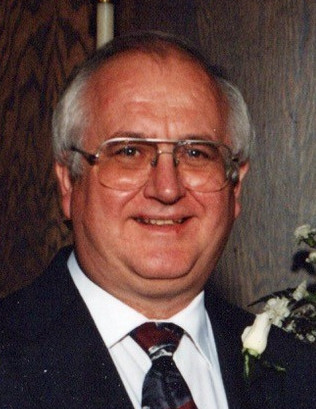 Winton Dommer (Wint) Johnson, 85, of Detroit Lakes, MN passed away peacefully on Wednesday, August 31, 2022. Wint was born on February 16, 1937 to Winton and Margaret (Dommer) Johnson in Moorhead, MN. He grew up in Moorhead and graduated from Moorhead High School in 1955. He joined the ROTC while attending NDSU. After graduating in 1959 with a degree in Mechanical Engineering, Wint served active duty at Fort Sill Oklahoma and later served as Company Commander of the Army Reserve Unit in Detroit Lakes. In 1960, he married Sharon Jacobsen with whom he shares two children Margaret and Katherine. That same year, Wint went to work for Lightowler Johnson in Fargo, ND, eventually becoming the ‘Johnson’ when he became a partner in the firm.

Wint’s favorite days were spent on Long Lake. In 2019, he received recognition from the Long Lake Betterment Association as the longest continuous resident on the lake, an honor of which he was incredibly proud. On a calm day, you could often find him on his pontoon cruising the lake or up in his garage working on a boat or motor. Wint was an avid collector of boats, decoys, and toys and enjoyed spending time at antique toy shows with his life partner, Donna Hunter. He and Donna would spend the winter months in Scottsdale, AZ. After Wint retired from engineering, he continued to work in real estate development. You could find him most weekday mornings working in his office at Washington Square Mall or having coffee with his buddies at La Barista.

Winton is survived by; daughter Meg Johnson of San Francisco, CA, daughter Katie (Chris) Miller of Laguna Beach, CA, and granddaughter Caroline Miller of New York, NY. He was preceded in death by; his parents Winton and Margaret Johnson, and his partner Donna Hunter.

To order memorial trees or send flowers to the family in memory of Winton "Wint" Johnson, please visit our flower store.