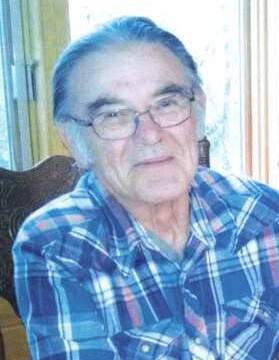 William Lawrence Roman, the son of Lawrence and Barbara (Barsody) Roman was born in Minneapolis, MN on May 20, 1947.  His family lived in Minneapolis until the age of 10 and then moved to Moorhead following his Dad’s transfer to the NSP plant in Fargo, ND.

Bill graduated from Moorhead High School in 1966.  He played on Moorhead High’s first hockey team and also played football.  He was selected All-Conference as a junior and senior and an All-State Player in the guard position as a senior.

The summer after graduation he worked for the Phillips 66 service station in Moorhead and in the fall he enrolled in the Auto Mechanics program at Wahpeton State School of Science from 1966-67.

Bill met Cheryl Williams, his future wife on campus as he was “chasing the nurses!” as he would say.  Bill and Cheryl were married in 1967 at St. Joseph’s Catholic Church in Moorhead.  Bill and Cheryl lived in West Fargo, ND for a short time and in 1968, their daughter, Victoria (Vickie) was born.  In 1971, the family moved to Denver, CO where Bill worked at a Uniroyal Service Center.  Their son, Walter was born in the Denver area in 1971.

Bill joined the Air Force in 1971 working in aircraft fuel systems repair.  He was stationed in Clovis, NM from 1973-76 and at Hill AFB in Ogden, UT until receiving an honorable discharge from the military in 1981.  Bill traveled to Germany, Iceland, Florida, Alabama and Alaska to repair planes while serving his country.  Bill continued to be employed at Hill AFB as a civilian until 1987.

After Bill’s retirement from Hill AFB they moved to Duchene, UT., Elk River, MN and Blackduck, MN working in a variety of jobs.  Bill and Cheryl moved back to Utah in 1995 when their first grandchild was expected to arrive.  Bill and Cheryl started to drive truck for May Trucking as over the road drivers hauling loads for General Mills from coast to coast.  They kept the truck on the road 24/7 with the exception of taking some time off around the holidays.

Bill and Cheryl parked their truck after receiving word that their daughter, Vickie and son-in-law, John Medina were killed in a car accident in 2002.  They raised their two grandchildren, Alexander (Xander) and Dezerae Medina and moved to rural Waubun, MN purchasing a home on Big Elbow Lake in 2009.

During Bill’s time living at the lake, he repaired marine motors, attended his grandchildren’s school activities and was a volunteer fireman serving with the Elbow-Tulaby VFD as a mechanic.  He enjoyed good food, spending time with family and entertained everyone with his accordion.

As a result of declining health from COPD, Bill moved to Emmanuel Nursing Home in February of 2020 and resided there until his death.

He was preceded in death by his parents, Larry and Barb Roman, daughter Vickie and son-in-law John Medina.

The family is grateful for the care Bill received from the staff at Emmanuel Nursing Home and Hospice of the Red River Valley.  Memorials may be directed to Hospice of RRV, Dollars for Scholars at Waubun Public Schools or a charity of choice.

To order memorial trees or send flowers to the family in memory of William "Bill" Roman, please visit our flower store.