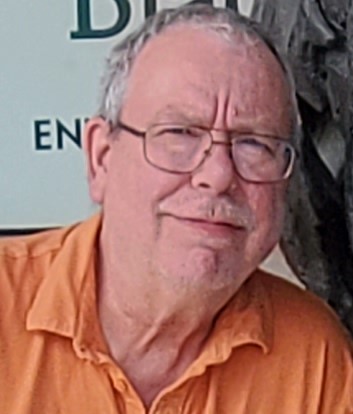 William “Bill” Thomas Nelson, age 64, of Vergas, Minnesota, passed away on Sunday, June 5, 2022, at the Starlight Hotel in Mahnomen, Minnesota.  A memorial service will be at 11:00 am on Friday, June 10, 2022, at the Furey Funeral Home in Frazee, Minnesota, with a time of gathering an hour prior.

Bill was born on December 21, 1957, to Jack and Phyllis (Stroschein) Nelson in Robbinsdale, Minnesota.  He grew up in Big Lake, Minnesota, and graduated from Big Lake High School in 1975.  During this time, he worked with his father as a painter and wall finisher and did so for many years.  He also worked as a bartender for the Detroit Lakes VFW and the American Legion, as well as driving for Luckens for eight years.  In 1989, he met Marie Metz at a Twins game and the two were married on April 22, 1990, in Las Vegas, NV.  The couple had five children.

Bill loved hunting, fishing, and four-wheeling at the hunting shack, a love that was second only to spending time with his grandchildren.  He also enjoyed playing cards with family and friends and spending time at the casino.  Bill was a huge Minnesota Vikings fan in his younger years – recently mostly when they were winning.

He is preceded in death by his parents, Jack and Phyllis; a brother-in-law, Kenny Kirsch; a special uncle, Gary Nelson; and many aunts, uncles, and cousins.

A celebration of his life will be held in Big Lake at a later date.

To order memorial trees or send flowers to the family in memory of William "Bill" Nelson, please visit our flower store.