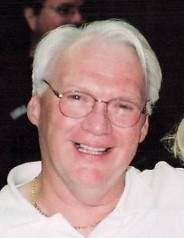 Warren William Heisler Jr, 71 passed away peacefully at his home in Verden, Oklahoma on August 5, after a long struggle with Alzheimer’s. Warren was born in White Earth, MN on January 22, 1948 to Warren “Jiggs” Heisler and Phyllis “Dokey” (Fairbanks) Heisler.

Warren or as many knew him as Jr, enrolled at the University of Minnesota Law School in Minneapolis, where he earned his Juris Doctorate in 1978. He moved his family back home to White Earth where he worked for the White Earth Reservation Business Committee.

Jr. was with the Midwest Minnesota Community Development Corporation (MMCDC) for a few years until he accepted a position with the US Department of Interior, BIA as the Deputy Director for the Alaska Region in Juneau, Alaska, where he made his home for over 20 years.  He decided it was time to come closer to home but not yet retire, he took a position in the Bemidji BIA office as the Superintendent.  He retired in 2011 and came back to White Earth. In 2013 he made his home in Verden, Oklahoma with his very special love of many years, Jeannie Cooper.

Warren enjoyed spending time with family doing everything under the sun that didn’t involve going to jail and even some of those were questionable. He loved life and was not afraid to live it.  He was very proud of his girls but even prouder of his grandchildren.  His favorite pastimes were spending time out at his brother Mikes in the bar room ,  the annual deer hunting at the Shack , finding every casino he could and have a few beers and play some slots or just having a great time with his brothers and his beloved Uncles Ducky, Stanley Rob, Jimmy, John and Bud Heisler laughing till you cry and cry till you laugh reminiscing about those gone before and days of old.  No matter how long he was away or where he lived, his heart was on The Hill.

Jr. will always be remembered for his infectious laugh, his tough love, his big heart and generosity, his love for his family and his brilliant intelligence.  He will be deeply missed by all who knew and loved him.

He was preceded in death by his parents, Warren Sr, and Phyllis, his sister Kathleen Bevins, his brother Steven Heisler and niece Nikki Lynn Heisler.

To order memorial trees or send flowers to the family in memory of Warren Heisler Jr., please visit our flower store.