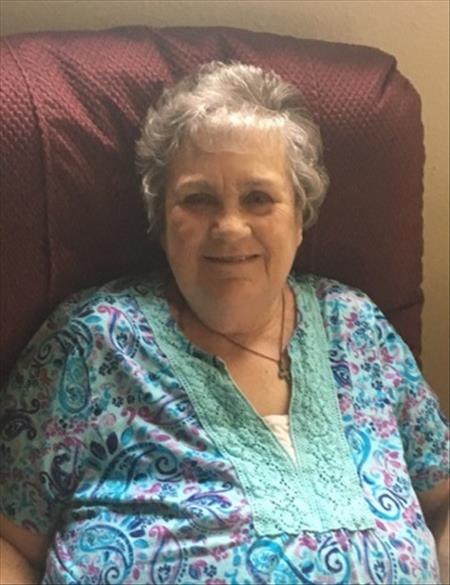 Funeral services for Vollie will be held Friday, June 30 at 2pm in Faith Lutheran Church in Detroit Lakes. Officiating will be Reverend Paul Larson. Visitation will be held at David Donehower Funeral Home from 5pm-7pm with a 7pm Prayer Service. Visitation will also continue at the church one hour prior to services. Interment will be made in Oak Grove Cemetery in Detroit Lakes.

Vollie was born September 24, 1936 in Hawley, MN to Ole and Myrtle (Hanson) Sandvik. She attended school in Detroit Lakes graduating in 1950. For a short time, Vollie attended college at Moorhead State. On December 6, 1952 she was united in marriage to Alden "Al" Tyge in Bloomington, MN. They resided in Bloomington where Vollie was employed with the stock exchange in downtown Minneapolis. They lived in St. Paul and Oceanside CA, before moving to Detroit Lakes in 1960. Vollie worked at Blanding's Department Store and for a few years sold real estate. When Al became active with the local police department, Vollie concentrated on becoming the best "homemaker" she could be. An exceptional mother, Vollie was dedicated to her family. She was a fabulous cook known especially for her steaks, venison and dumplings. She instilled in her children a love for family, respecting others and finding true happiness in everything they pursued in life. In her spare time she enjoyed gardening, hunting deer with Al, sewing and collecting angels and teddy bears. As her children were growing up, Vollie taught Sunday school at Bakke Lutheran Church and assisted with confirmation and Christmas plays. Vollie will be remembered and missed by her husband Al of Detroit Lakes, three sons: Terry (Rhonda) Tyge of Seattle, WA, Tim (Ann) Tyge of Detroit Lakes, MN, Mike (Laurie) Tyge of Princeton, MN, seven grandchildren: Jason (Jill) Tyge, Chris (Fiancé Sarah) Tyge, Zachary (Fiancé Jenay) Tyge, Taylor (Fiancé Heather) Tyge, Adam (Jenn) Tyge, Lucas Tyge, Jacob Tyge and four great-grandchildren, where we finally got a granddaughter! In addition she is survived by her siblings: Harold Sandvik of New Hope, MN, Doris Walthers of Seattle, WA, Shirley Courneya of Bloomington, MN, and Sharon (Bruce) Courneya of Blaine, MN.

A time of sharing will take place at 7pm.

To order memorial trees or send flowers to the family in memory of Vollie Tyge, please visit our flower store.