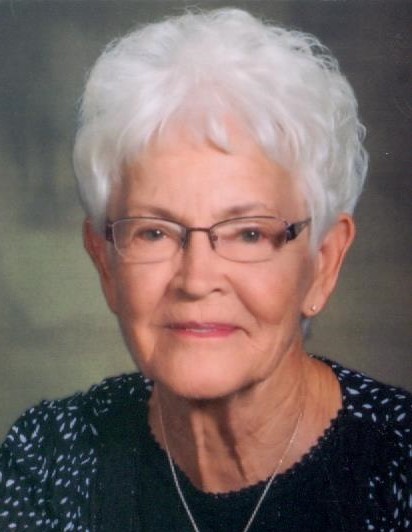 Vivian G. Metelak, 93, Detroit Lakes, MN died Sunday, July 28 at her residence surrounded by her family and under care of Hospice of the Red River Valley.

Vivian Geraldine Jasken was born September 22, 1925 in Ogema, MN to Herman and Iona (Berg) Jasken.  She was raised near Ogema and graduated from Waubun High School.  After high school she enrolled in the Red Lake Falls Teacher Training program.  After earning her teaching certificate, Vivian returned home and taught grades 1-8 in a one room schoolhouse.  On September 17, 1946, Vivian was united in marriage to Harold “Harry” Metelak in Ogema.   After a brief stint in New Orleans, Vivian and Harry made their home in Detroit Lakes.   Vivian took care of the accounting for Metelak Construction as Harry continued building homes throughout the lakes area.  During her working career she also worked for NorthStar Dairy and was an administrative assistant for the Physical Therapy Department at St. Mary’s Hospital.  During her spare time, Vivian and Harry enjoyed dancing, bowling, fishing and lake life on Cotton Lake.   Vivian was a wonderful homemaker.  A talented seamstress, Vivian made her daughter's clothing and was never afraid of trying something new.  She found interests in painting, gardening and was an exceptional baker.  Her family loved her cookies, potato salad and booyah.   Later in life she volunteered her time with Holy Rosary Church and Hospice.   Many of her friends stayed in their own homes a bit longer because of Vivian’s care.  Her faith was her foundation throughout life and her family was her proudest accomplishment.  She often said “I’m so lucky!” and “Not a bad one in the bunch!”  Her unconditional love for family will always be remembered and deeply missed.

Memorial contributions can be made to Holy Rosary Catholic Church in Detroit Lakes or Hospice of the Red River Valley.

To order memorial trees or send flowers to the family in memory of Vivian Metelak, please visit our flower store.