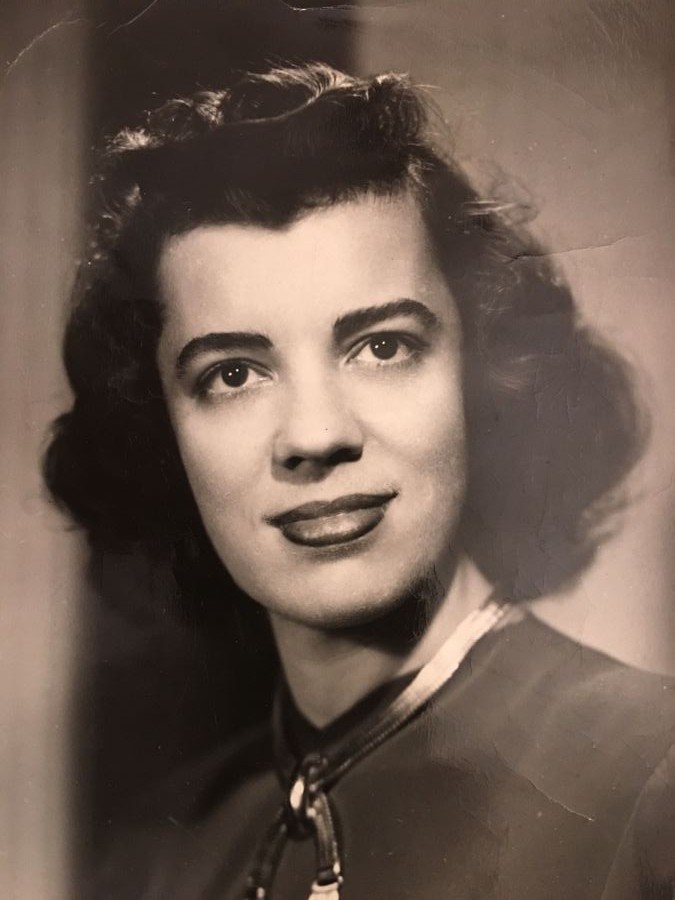 Beloved wife, mother, grandmother, great grandmother and friend died peacefully on January 21, 2018 in Dallas, TX. Born in Fort Riley, KS on May 12,1921, Virginia was the daughter of the late Col. John G. and Rosalia Knauer.  She was married to the late Virgil Watson, MD for 44 years and had four children, Kathleen (Jonathan)(Minneapolis, MN), Susan (Dallas, TX), Martha (Graham) (Chichester, W. Sussex, UK), and John (Ann) ( Pittsburgh, PA).  She was preceded in death by her brother Karl Knauer and sister Mildred Knauer Wignall.

Born the daughter of an officer in the U.S. Army Medical Corps, Virginia travelled constantly for the initial decades of her life.  Beginning with a transfer to Corregidor, Republic of the Philippines in 1923, then on to China in 1925 for a two-year stay.  The tales of her experiences during those travels sparked her lifelong passion of exploration and indeed provided equal inspiration for her children.  Her anecdote of the eastbound crossing of the Pacific Ocean in a coal steamer by way of a stop in Nagasaki, Japan in 1927 was simply awesome. Three people, according to Jinny, were allowed to disembark for a brief visit in Japan: Jinny and her father, and another passenger on the boat: General Douglas McArthur.  The rest of the voyage was embedded with mundane events like a coal fire and a typhoon simultaneously. No wonder she eventually wished to experience a sedate cruise ship later in life!

Next stop for her family was Fort Totten, NY where her father managed a small Army hospital.  In 1929 her father and family transferred to Walter Reed Hospital, In Washington, D.C.  There she started school at the Takoma School in Washington, D.C.  In 1933 the family once again moved, this time to Gorgas Hospital, Ancon, Canal Zone (now Panama). There she attended school at Balboa Junior High for the two-year stay.  In 1935 they moved to Denver, Colorado, requiring yet another voyage by steam liner this time through the Panama Canal on a boat captained, coincidentally, by the same man who oversaw their family trip across the Pacific in 1927. In Denver, Jinny attended East Denver High School eventually graduating there in 1939.  Earning a scholarship to the University of Denver, she stayed for one year before moving to Washington, D.C., where she transferred to George Washington University receiving her B.A. from their School of Government in 1943.  Following graduation, since WWII was underway, she took the civil service exam, working in the code room of the U.S. State Department in support of the Office of War Information (OWI) and the Office of Secret Services (OSS). Following the war, Jinny moved to Fort Sam Houston in San Antonio, TX, where her father received orders post-war.  In the summer of 1948, Jinny happened upon a young medical student at a post-sponsored dance.  The young man, Virgil Watson, a med student at St. Louis Medical School, cut in on a dance partner and attempted to fox trot with Virginia…. a hopeless task for anyone knowing Virge. However, he made a deep impression on her and a lifetime bond was set.  In June 1949, she travelled once again, this time with her new husband, Virgil, to Fairbanks, Alaska for two years and onward in late 1951 to Kalamazoo, MI for his surgical residency.

A celebration of her life will be held at The United Methodist Church in Detroit Lakes on February 10 at 2:00 PM. Visitation one hour prior to the service at the church. Pastor Brenda North Officiating.

Due to the great human heart as a Damien for over 45 years, and due to Jinny’s families generosity, her family wishes memorials be sent to the Damien Society. PO Box 514, Detroit Lakes, Minnesota 56502

The light in the world became a little dimmer at her passing and, although she is severely missed, her impact on those whose lives she touched will be felt for generations.

To order memorial trees or send flowers to the family in memory of Virginia Watson, please visit our flower store.