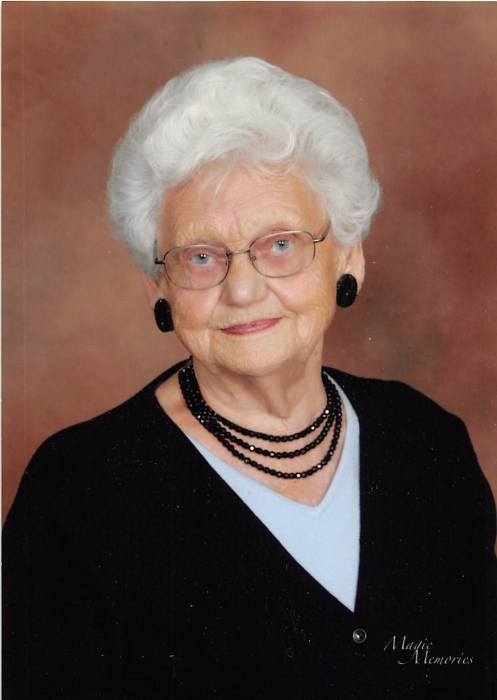 Violet “Vi” J. Christensen, age 96, of Detroit Lakes, MN, passed away on Thursday, October 26, 2017, at Essentia Health-Oak Crossing Nursing Home in Detroit Lakes.  A memorial service will be at 11:00 am on Saturday, November 4, 2017, at The Congregational United Church of Christ in Detroit Lakes.

Violet J. Mercer was born on August 1, 1921, to Ellsworth and Bertha (Arneson) Mercer, in Detroit Lakes.  She graduated from Detroit Lakes High School in the Class of 1939.  On September 17, 1939, Vi was united in marriage to Clayton Blacknik; a union to which two children were born, Bonnie and Barbara.  The couple operated the Erie 34 Supper Club from 1949-1960. Vi entered into her second marriage on October 10, 1964, to Ken Christensen at Grace Lutheran Church in Detroit Lakes.  She worked at J.C. Penney’s for 15 years before retiring in 1975.  Over the years Vi was an active member of The Congregational United Church of Christ and made many lasting friendships.

To order memorial trees or send flowers to the family in memory of Violet Christensen, please visit our flower store.