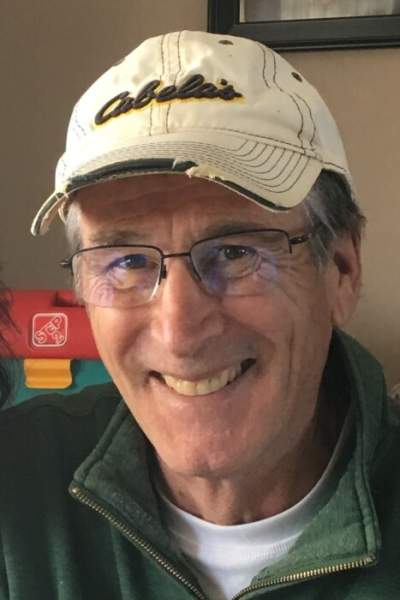 Timothy John Riley was welcomed into his Heavenly Father’s arms surrounded by his family on May 28, 2022 after a courageous two year battle with leukemia.

Tim was born May 9, 1949 in Grand Rapids, MN to Robert and Irma (Conta) Riley. He and his older brother, Patrick, grew up in Coleraine, MN, where their father was an electrician in the iron mines and their mother was a nurse. Tim was not one to sit still and was very busy even at a young age. He enjoyed fishing, swimming and waterskiing with family and friends. In his teen years, he discovered his true passion, ski jumping. He learned from his father who was an award-winning ski jumper. Tim’s dedication and skill also earned him many trophies and medals throughout his time on the hill, just like his dad.

After high school, Tim went on to graduate from Bemidji State University with a degree in education. He taught Chemistry, Physics and Earth Science for 37 years in Frazee, MN. He was a natural leader and had a down to earth was of helping his students learn. Tim also coached track and volleyball for many years as well as helping out in the booth at home football games.

Tim married his soul mate, Jeanne Foix, July 6, 1974 and they made their home in Frazee on Acorn Lake for 47 years. They were blessed with two children, Kristi and Justin. The family enjoyed spending their time together and loved to go fishing and camping in the summer. He was an avid collector of toy trucks from his childhood and loved to go antiquing with Jeanne who collected antique dishes.

The most precious thing in Tim’s life were his grandchildren, Kylee and Tegan Miller and Lydia, Lincoln and Lawson Riley. To them he was known as Grandfather, and he was their favorite toy! He would do anything for those kids, just as he had done for his own. Since retiring, Tim and Jeanne were able to take both Kylee and Tegan at least one day a week for daycare until they started school. They would also take trips to babysit for Lydia, Lincoln and Lawson any time they were needed. Always the teacher, he taught them how to write their names and their A, B, C’s even before they went to school. He built them a beautiful tree house in the huge willow tree in his yard and would give them barrel train rides in carts that he had made behind the lawn mower.

Tim is survived by his wife, Jeanne, daughter, Kristi and her husband, Bruce Miller, Son Justin and his wife, Kayla Riley, his adorable grandchildren, Kylee and Tegan Miller, Lydia, Lincoln and Lawson Riley, his brother, Patrick and his wife, Judy Riley, many nieces, nephews, brothers-in-law and sisters-in-law. He was preceded in death by his parents, Robert and Irma, his mother and father-in-law, Vivian and Roger Foix and a sister-in-law, Suzie Gooch.

Special thanks to the doctors and nurses at University of Minnesota Hospitals, Roger Maris Cancer Center, Sanford Hospital in Fargo and Hospice of the Red River Valley for taking such good care of Tim throughout his treatments and final days.

We mourn the loss of Tim and encourage all who knew him to remember the life and energy he brought to this world.

Mass of Christian Burial will be 2:00 pm, Monday, June 6 at Sacred Heart Catholic Church in Frazee, Msgr. David Baumgartner, officiating.  There will be a visitation on Sunday, June 5 from 3:00 – 5:00 pm with a Knights of Columbus Rosary at 4:30 and a parish Vigil at 5:00 pm at Sacred Heart Church.

To order memorial trees or send flowers to the family in memory of Timothy Riley, please visit our flower store.