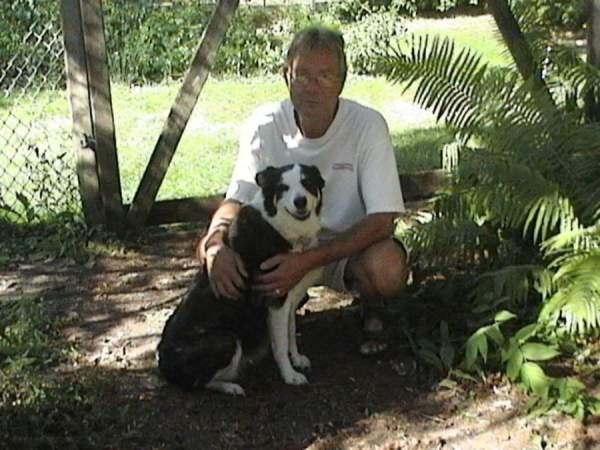 Tom was born on February 4, 1959, to Harold and Margaret (Vanek) Kubat in Grand Forks, ND.  He grew up in Detroit Lakes and graduated from Detroit Lakes High School in 1977.  He then attended the Alexandria Technical and Vocational College for aviation electronics repair.  Tom worked as the manager for the Arrowwood Hotel’s lounge and as the manager for the lounge at The Warf.  He went on to work on the oil rigs in Wyoming.  Tom moved to California in 1980 and worked for seven years in telecommunications.  He then worked in the U.S. Forestry Service in Arkansas.  After returning to Detroit Lakes, he most recently worked for Sears, Menards, and at Dynamic Homes. Tom was married to Susan Nelson on August 31, 1997, and the couple recently celebrated 20 years of marriage.

As a kid, he was very good on the trampoline, and spent a lot of time at the Boy’s Club. Tom also loved spending time at the lake, water skiing or fishing with his brother.  He also loved the company of his Border Collies.

He is preceded in death by his parents, Harold and Margaret; a nephew, Christopher Kubat; a brother-in-law, Steve Schiller; and a father-in-law, Loren Nelson.

To order memorial trees or send flowers to the family in memory of Thomas Kubat, please visit our flower store.