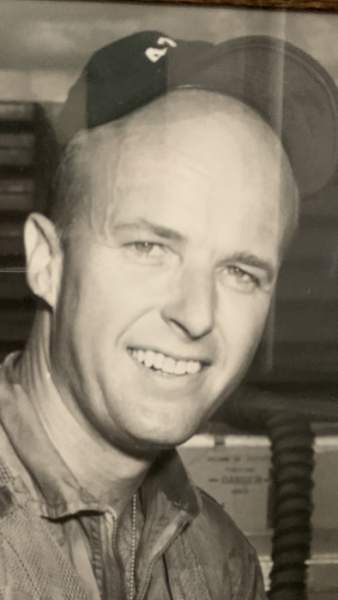 Irving, Thomas L. died May 17th in Detroit Lakes. He was 84 years old. Tom was born on July 3rd, 1934 in northeast Minneapolis to Thomas & Vivian (Schaefer) Irving. He graduated from Edison High School and The University of Minnesota. He married Diane Bartholome on Feb. 9th, 1957 and they made their first home in Sioux Falls, SD where Tom was employed as an insurance adjuster prior to entering The U.S. Air Force.  They then moved to Lackland AB in San Antonio where Tom went through basic training.  From there they moved to Winter Haven, Florida then Sumter, South Carolina.  After Tom served his  three year military tour the couple returned to civilian life and  settled in Brooklyn Center, MN until he went back on active duty during the Cuban crisis. In 1964 Tom was assigned to Grand Forks AFB as a KC-135 tanker pilot. A year later Tom and Diane bought a small cabin that would eventually be converted into the Irving's permanent home. In 1968 Tom moved his family to California while he cross- trained into the EB-66 aircraft and served a combat tour in the Viet- nam war. As a result of his success in hazardous missions he was awarded the Distinguished Flying Cross. That was followed by a four year assignment to Spangdahlem AB in Germany as an EB-66 pilot. In 1974 Tom re-qualified in the 135 and served as Aircraft Commander, Instructor and Flight Examiner in EC-135 and C-135 model aircraft at Langley AFB in Virginia and Offutt AFB in Nebraska. Tom retired in 1986 as a LT. Colonel and he and Diane returned to northern Minnesota to develop their lake home into a permanent residence. He became a member of St. Annes Church in NayTahWaush and served ten years as an Eagle View Township Supervisor. Tom is survived by his wife Diane, daughter Christine McFall of Gloucester,Va. Sons; Stephen (Tracey) Irving of Gig Harbor, Wa., Jon Irving of Dallas, TX. , Daniel Irving of Waubun, MN and several nieces and nephews. He is also survived by his grandchildren Wendy,Melissa,Heather,Stephanie,Kelly,Travis and Eva. Also his great grandchildren Mikey,Jayden,Coryn,Jacob,Liam,Skyler,Regan,Jaxx,Maddox and Riley.  He was proceded in death by his parents and two brothers, Terry and Tim and granddaughter Bridget McFall.

To order memorial trees or send flowers to the family in memory of Thomas Irving, please visit our flower store.