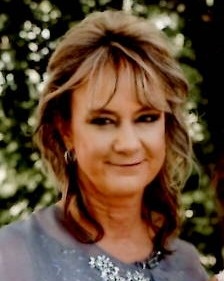 Theresa (Tess) was born on April 4th, 1972 in Lake City, Minnesota to her parents Robert and Mary Packman. She grew up in Lake City and graduated from Lincoln High School in 1990. Throughout her high school career she excelled in athletics with a passion mainly for softball and volleyball.

In 1991, Tess met her late husband John in a small town outside of Lake City called Zumbro Falls. They immediately fell in love and had their first child, Cody on April 15th, 1992 in Perham, MN. Their second child, Ashley, was born March 10th, 1995 in Red Wing, MN. They made the move back to John’s hometown in New York Mills, MN in 1997.

Tess spent most of her time outdoors. She had a deep love for gardening and fishing, but more than anything she cherished her family. She especially loved her three beautiful grandchildren, Aubree, Brantley, and Jameson. Her other hobbies included Nascar, Matt Kenseth number 17 was her favorite driver and watching football, Patrick Mahomes was her favorite player. Tess was a kind, compassionate woman, always putting others' needs above her own. Tess had a very positive outlook on life, even after being diagnosed with colon cancer.

When Tess was asked what are the things that make life most worth living for she responded “Being with family, freedom, fresh air, God’s creations, learning, fishing, flowers, and eating Lasagna (homemade).”

Tess was a very special woman and will be missed dearly by her friends and family.

She is preceded in death by her husband, John Nelson, her father Robert Packman, grandparents Clarence and Agnus Sether, and her dog Flash.

To order memorial trees or send flowers to the family in memory of Theresa Marie Nelson, please visit our flower store.