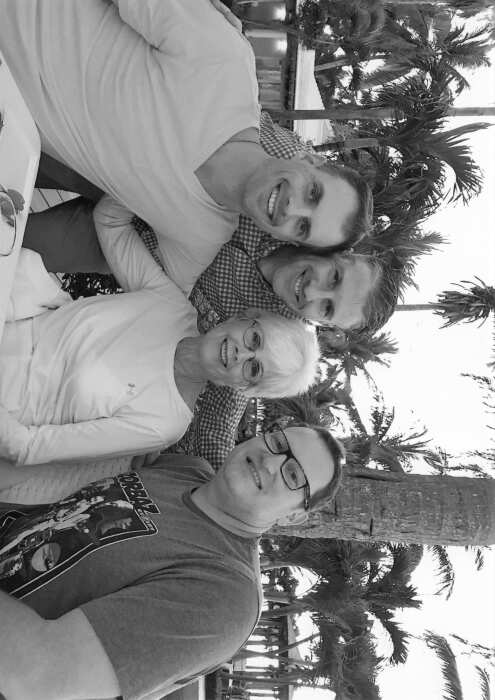 Terry Jo Hanson was born December 10, 1945 in Huntington, Indiana the daughter of Harold and Hilda (Richmond) Wiley. She passed away July 21, 2020 in Detroit Lakes, Minnesota after a ferocious battle with Pancreatic Cancer.

She grew up and attended school in El Segundo, California.  Following graduating, she attended dental assistant school.  After running into a gregarious Minnesotan who was in Manhattan Beach, CA, paying for college by selling cars, her life would never be the same.

On August 25, 1969 she married Thomas Hanson in El Segundo, California. This marriage produced 4 sons and 7 grandchildren.  In their 46 years of marriage, they were not afraid of taking risks.  They made their homes in the communities of Palm Desert, CA, Fargo, ND, and their final home in Detroit Lakes, MN.  Terry Jo kept the books and payroll in order for the family business.  She never missed a detail which worked very well when Tom was never concerned about details.  Together they made a phenomenal team.

In Terry Jo’s younger years, she liked playing beach volleyball, softball, and any sport she could “beat the boys at.”  Terry Jo enjoyed golf (where she won many amateur events), gardening, and being home with her family and dog.  What she loved above all else were her Grandchildren.  Her favorite thing was the annual family vacation with the entire family.

To order memorial trees or send flowers to the family in memory of Terry Hanson, please visit our flower store.