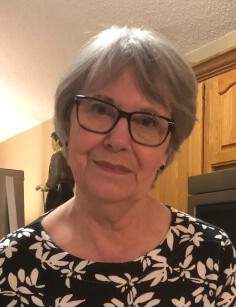 Susan was born on July 25, 1940, to Russell and Ursula (Wendt) Davis in Pipestone, MN.  She spent her early years in Slayton, MN, before her family moved to Magnolia, MN.  At Magnolia High School, she was homecoming queen, assistant editor of the annual, member of the National Thespian Society, sang in the choir, and a senior class officer of the class of 1959.  Susan went on to attend the Minneapolis Institute of Medical Technology, where she received her laboratory technician certification.  She then worked as a lab tech for a number of years in Adrian, MN, and Mitchell, SD.  Susan met Ernest “Joe” Malone and the two were married on November 9, 1962, at the United Methodist Church in Luverne, MN.  The couple had one child and adopted a second and she happily embraced her role as mother and homemaker.  In 1992, she moved to Kodiak Island, AK, where she co-owned and operated a small fishing boat for crabbing and Halibut.  In 1995, she moved back to Jasper, MN, to be closer to her aging mother. In 2002, she came to Detroit Lakes where she lived for her remaining days.

Susan was a devoted mother, grandmother, sister, and friend.  She loved her family and was very active in Jeff and Karen's activities.  This continued with her love of her grandchildren, attending their activities and being an active part of their lives.  Susan treasured the friendships she had over the years.  A recent friend said 'Sue was the truest friend a person could have.'  She loved hosting parties and holidays. She enjoyed playing cards, cooking, attending concerts and musicals, taking photographs, cat-sitting for friends, and was an avid reader.   She also had a talent for interior design and a passion for flower gardening.

Susan was very involved in her church and in the communities that she lived.  She was president of the Luverne High School Music Booster Club from 1982-1984.  In Detroit Lakes, she served on the United Methodist Church’s Angel Food Pantry, serving dinner prior to the Wednesday service, the Women’s Bible Study Group, the United Methodist Women's Service Group, and she was a co-founder of the Wednesday Night Dinner Program.  Susan was also a member of the Lakes Women's Society-Hope Chapter from 2012 until 2016, and PEO Chapter FG since 2015. She also volunteered for several years at Essentia Health- St. Mary’s Hospital, at the gift shop, and as a member of the Community Relations Committee.

She is preceded in death by her parents, Russell and Ursula; her ex-husband, Joe; and a brother-in-law, Robert Phillips.

To order memorial trees or send flowers to the family in memory of Susan Malone, please visit our flower store.