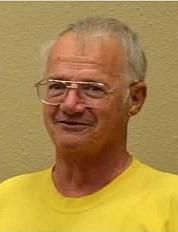 Friends may call 5:00 – 7:00 PM Sunday with a prayer service at 6:30 PM at David-Donehower Funeral Home in Detroit Lakes.

Stanley James Berger was born December  5, 1948 in Fargo, ND to Ignatius and Georgia (Mayfield) Berger.  He is a 1967 graduate of Frazee High School and entered the U. S. Air Force in 1967.  He remained in uniform for 25 years serving 12 years in foreign countries including Vietnam and the Persian Gulf.  He retired at the rank of Master Sergeant in October, 1992.

Stanley was united in marriage to Melody Moxley in October, 1977 in Kathleen, GA.  They later divorced.  Following his time in the service, Stanley drove mail truck for 24 years.   He enjoyed helping other people, spending time with his nieces and nephews and working on cars.

The family wishes to thank everyone for their heartfelt sympathy and condolences.  They are grateful for the kindness, care and support given during Stanley’s illness.  Many told us how he was a great guy.  He always had a smile for you.  The family knew he would always help if we needed help.  He will be missed and remembered with love.

To order memorial trees or send flowers to the family in memory of Stanley Berger, please visit our flower store.
Open