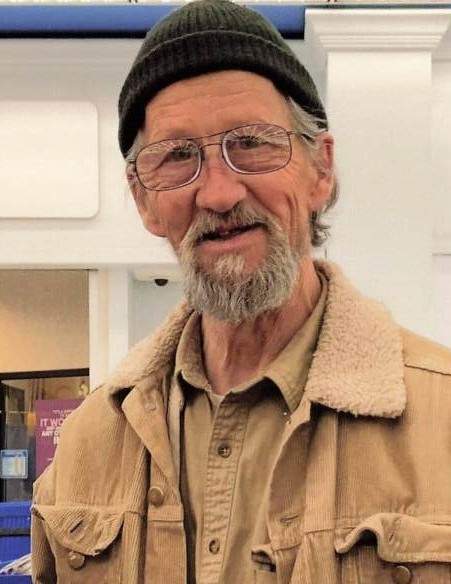 Stacy Walter Kraemer was born August 21, 1948 in Parkers Prairie, MN to Roy and Mayola (Brockopp) Kraemer.  He was raised and educated in Parkers Prairie and graduated from High School in 1966.  After high school Stacy enlisted with the United States Army and was stationed overseas in Okinawa, Japan.  Following his honorable discharge, he returned home and enrolled at Wadena Technical College earning the credentials as a certified welder.   Stacy started his employment in Rochester, MN before accepting a surveyor’s position in Minneapolis.   After several years he moved to Detroit Lakes and started his career as a handy-man doing various jobs.  Soon after moving to Detroit Lakes he was invited to the Seventh Day Adventist Church and became an active member as he lived centered on Christ.  Stacy along with his brother Mike, started Kraemer’s Roofing and for the next 40 years they completed many roofing projects throughout the lakes area.   On June 1, 1997, Stacy’s life became complete as he was united in marriage to Deborah LaDoux.  Together they enjoyed gardening, going for walks, vacationing and spending time with their grandchildren, and his niece Jewel.   Stacy was a kind and generous man, willing to do anything for someone in need.  His humble nature and love for Jesus made Stacy many friends over the years, but what brought the most joy to him was witnessing others find and live out their faith.

He is preceded in death by his mother, Mayola, one nephew:  Ryan.

To order memorial trees or send flowers to the family in memory of Stacy Kraemer, please visit our flower store.