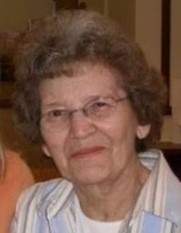 Shirley was born December 21, 1934 in Veblen, SD, the daughter of Marbel and Mabel (Nulph) Borgen.  She attended school in Veblen, SD and married Floyd Svenby on January 23, 1953 in Audubon, MN.  They settled in Detroit Lakes, MN and spent 42 years of their married life together.  Shirley worked in Food Service and was employed by the Fireside Supper Club in Detroit Lakes from 1981 until 2005 when she retired.  Shortly after her retirement she moved to Fargo to be closer to her children and grandchildren.

Shirley enjoyed many hobbies and activities throughout her life.  In Shirley’s younger years she was a championship bowler, a golfer, Floyd’s fishing and camping companion, and throughout all her years she enjoyed gardening, cooking and baking.  She spent many years with Floyd as members of the Detroit Lakes Eagles Club and served as the Minnesota State President from 1978-79. Shirley has been a lifetime Minnesota Vikings and Twins fan.

A visitation will be held at David-Donehower Funeral Home from 5 p.m. – 7 p.m. on Thursday, January 13th in Detroit Lakes, MN.  The funeral will be held at 11 a.m. on Friday, January 14th with a visitation at 10 a.m. at First Lutheran Church in Detroit Lakes, MN with Pastor Lauryl Ivers officiating.  Lunch will follow the service and the burial will take place at Oak Grove Cemetery following.

To order memorial trees or send flowers to the family in memory of Shirley Svenby, please visit our flower store.