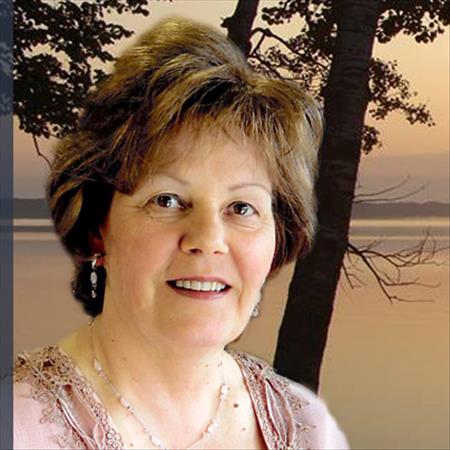 Sharon was one of five children born to John and Mary Foster on October 9, 1946 in Winnipeg, Manitoba, Canada. She was raised in Winnipeg and Sundown, Manitoba. She married Royden Janz on August 26, 1967, and settled in Steinbach, Manitoba, where together they produced and parented five children: Mike, Char, Rob, Kerry and Dave. Royden died on March 3, 1978 while serving as a missionary pilot to the Arctic, under Kayy Gordon, when the plane he was piloting crashed in the woods ¼ mile behind the Janz home as he was returning from a mission trip. She subsequently met and married Barry Schoder on May 25, 1979, moved to the States, and served faithfully by his side as they administered the activities at Strawberry Lake Christian Retreat in Ogema, MN, from 1979 - 1991 They moved to Detroit Lakes from the Camp and attended Christian Fellowship Church. One of the highlights of that season was when they headed up a Kids' Club outreach from 1997 - 2003. For the next ten years they flipped houses together, which gave her the opportunity to express her giftedness in home design and interior decorating. Her many other gifts were overshadowed by her primary excellence in raising and loving her five outstanding children, each of whom have modeled her life in an exemplary way as a true legacy to a devoted mother. But her lifetime goal was to demonstrate and model the love and devotion that she had from childhood for her Lord and Savior, Jesus Christ. From hymn sings every night with family and friends in Sundown, to hosting traveling evangelists in their home, to marrying a man destined to missionary work, to serving at the camp, her life was saturated with the Gospel message, which she modeled in a rare way. Surpassing her visible acts of service was her irrepressible ability to minister to perceived needs one-on-one, and she had a very good "perceiver". She will be greatly missed by all those surviving her: her husband of 37 years, Barry; her children and their families: Michael Schoder (Julia Garton) of Dallas, TX; Charlotte (Dan) Stigsell, and children - Lauren (and Ashlynn), Zachary and Abigail of Watertown, MN; Rob Schoder and Tyler and Brooke of Conifer, CO; Kerry Schoder of Dallas, TX; and David (Abigail) Schoder and Isaiah of Kilaeua, HI; her sister, Susan Somerset of Vancouver Island, British Colombia, Canada; and numerous cousins, nieces, and nephews. She is preceded in death by her parents, John and Mary Foster; her husband, Royden Janz; a brother, Gary Foster; two sisters, Dorothy Mills, and Carol Kreviazuk. Earth's loss is heaven's gain. We know she rejoiced with joy unspeakable and full of glory as she heard those long-awaited words: "WELL DONE, THOU GOOD AND FAITHFUL SERVANT. ENTER INTO THE JOY OF YOUR LORD!" MARANATHA and AMEN. Come quickly, Lord Jesus!

Visitation one hour prior to the funeral service.

To order memorial trees or send flowers to the family in memory of Sharon Schoder, please visit our flower store.