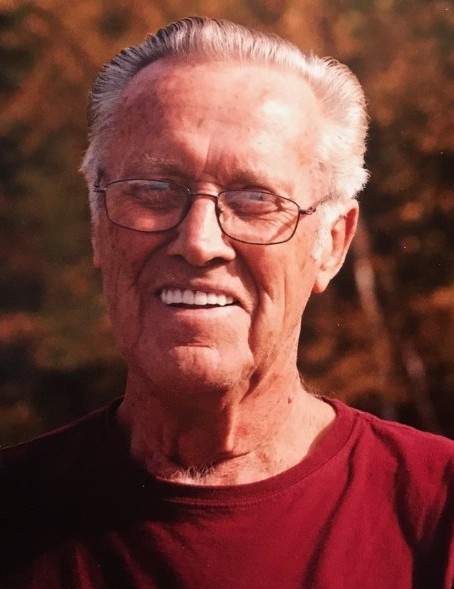 Russell Marcus Warren was born July 9, 1936, in White Earth, Minnesota, to Isabelle (Bellcourt) and John William Warren.  He was one of eleven children and raised in the village of White Earth.

Russ finished the ninth grade at Waubun High School before joining the Air Force.  He was stationed in Washington state and recalled being “broke” during those years -- sending most of his earnings home to his family and keeping enough for himself for cigarettes and a few beers.  Upon discharge from the military, he was employed at American Motors in Kenosha, WI, with some of his brothers and cousins from White Earth who had migrated there in his absence.  He loved telling stories of a carload of them heading back to “the rez” on Friday after work only to have to turn around on Sunday to return to Wisconsin and the work week.  Being home was important to him his whole life.

Russell married Nancy Josephine Heisler on October 3, 1959, in Brownsville, Minnesota.  They initially settled in Minneapolis, Minnesota, for a couple of years before moving to Pierre, South Dakota, to work at a boarding school there.  After a few years they moved on to Wahpeton, North Dakota, where he was employed at the Wahpeton Indian School, first as a dorm manager and then as a groundskeeper and plant manager.   In 1973, he moved his family “back home” to White Earth. There he built a home with the help of his son, Russell Jr. (Rusty), his siblings, and neighbors.  He worked for Tibbetts Sanitation during this time, eventually finding employment at the Indian Health Service where he worked until his retirement in 1991.  In addition to this, he always had a side endeavor including owning/operating Warren’s Store, harvesting leeches in the summer, and processing wild rice in the fall.  Ricing season was especially memorable as many friends and family arrived with fresh wild rice and conversation.

He was involved in the town council, Lions Club, American Legion, played on a men’s volleyball league and “old timers” softball.  More than anything, Russ liked to answer the call to help others.  Russell was the hardest worker and sitting idle was not in his nature…. especially when a friend or family had a project on which he could help.  He was generous with his time and talent and loved to tell and listen to stories.  His big smile with his head tilted back in a laugh was an indicator he was having a damn good time!

Russ was proud of and thoroughly enjoyed his time in the Air National Guard where he was a part of the Civil Engineering Unit in Fargo for many years.  He was known far and wide for his ability to fix just about anything.  Sometimes it was through sheer force of will as many stories would attest!

Above all, Russ loved his family.  His grandchildren were the light of his life and he would love to share pictures of them and stories about them with whomever would listen.  He wanted to and was active in their lives and they loved and knew their grandfather well.

Russ spent his last days at Diamond Willow Assisted Living in Detroit Lakes, Minnesota.  There, he received loving care from staff who understood and managed his needs.  He was surrounded by his family in the days leading to his passing and we are profoundly grateful for every second we got to share with him on this earth.

A gathering of family and friends will be Thursday, July 18 from 5:00-7:00 in the David-Donehower Funeral Home, Detroit Lakes with a prayer service at 6:30.  Mass of Christian Burial will be Friday, July 19 at 11:00 in the St. Benedict’s Catholic Church in White Earth, MN. www.daviddonehower.com

To order memorial trees or send flowers to the family in memory of Russell Warren, please visit our flower store.