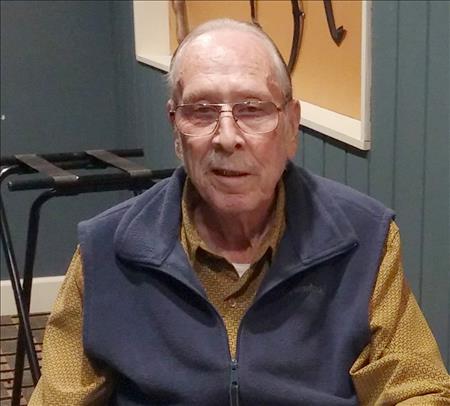 Roy farmed with his mother and brother early in life due to the sudden passing of his father. In 1953, Roy enlisted with the U.S. Air Force and served his country from 1953 until his honorable discharge in 1957. In 1964, Roy moved to Seattle, WA and worked for Boeing Airlines as a parts treater. After a few years he moved back to the Callaway area, hauling grain for Clem Foltz Trucking along with hauling cattle for Daggett Trucking. In 1971 he moved to Duluth, MN and was employed with Quickie Transport hauling petroleum gas. Roy retired in 1985. During his retirement years Roy enjoyed camping, fishing and dancing. He loved watching movies and daily episodes of CNN. Roy is survived by his four sons: James (Janice) of Lawton, OK, Lonnie (Lucille) of Roy, WA, William (Carol) of Moorhead, MN and Arlan (Leslie) of Rice, MN. In addition he is survived by 11 grandchildren, 5 plus great-grandchildren, one brother: Gene (Doris) Schermerhorn of Callaway, MN, one sister Bernice Serdahl of Eureka, CA and special friend: Myrtle Kettleson of Detroit Lakes. He is preceded in death by his parents along with one brother, Bud.

To order memorial trees or send flowers to the family in memory of Roy Schermerhorn, please visit our flower store.