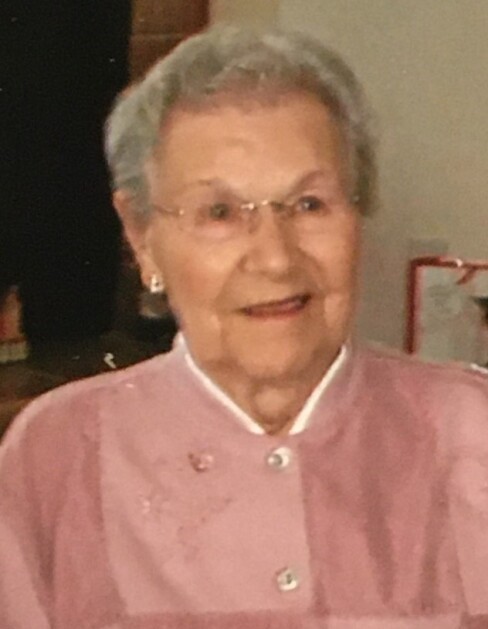 Rose Marie (Rossi) Laabs, 95 years young, of Rochester, passed away peacefully on Wednesday, December 2, 2020, in Memory Care at Cottagewood Senior Communities of Rochester. Rose was born to Carl Milo Rossi, a cheese maker, and Katherine (Bucher) Rossi on Nov. 20, 1925 in a home birth between Pine Island and Zumbrota, Minnesota. Rose attended a country school, showing an early love of books, and she particularly enjoyed going to the Pine Island Library. After her father’s death in 1938, the family moved to Rochester where her mother operated a rooming house across from St. Mary’s Hospital. Her mother rented rooms for $3 a night, and her guest book included people from around the world, including the Shah of Iran.

Rose worked at a number of office jobs until her marriage to William J. Laabs on May 23, 1947. She subsequently gave birth to six children, three boys and three girls, and when the youngest turned 9, she applied for work with the City of Rochester and filled an opening at Rochester Public library. This was in 1966. She worked in circulation and the film library. Rose and her husband divorced Feb. 1, 1971, and Rose became an administrative assistant to the head librarian in 1972, and held that position under four librarians until her retirement on Nov. 29, 1990.

Rose loved reading, especially mysteries, and retained that love throughout her life. She also enjoyed fishing and spending time with her children, grandchildren and great grandchildren. She was a lover of ice cream, and of popcorn sprinkled with Vegit instead of salt. She took two papers a day so she could do the crossword puzzles, and she enjoyed biking until she physically couldn’t do it anymore. Rose was an avid Minnesota Twins fan, and enjoyed showing off her signed Dan Gladden baseball cards, which he gave her upon her retirement. Rose was also quite a bowler, and she was actually inducted into the Southeast Minnesota USBC Hall of Fame on Oct. 25, 2015. Rose is survived by her loving children, Bill of Rochester; Gail (John) Bjerke of Sioux Falls, SD; Terry (Grant) Anderson of Phoenix, AZ; Lynn (Jim) Davis of Phoenix, AZ; and Brad (Mary) Laabs of Detroit Lakes, MN, 8 grandchildren, Jason Davis; Kristina Davis; Jennifer Anderson (Conner) Smith; Kevin Anderson; Jacob (Sarah) Laabs; Joshua (Jenna) Laabs; Shayna Bjerke (John Mitchell); Brianna Bjerke (Lisa Webb), and 5 great grandchildren, Hailey Davis; Donaven Swee; Parker Swee; Grace Laabs; Easton Laabs.

Rose was preceded in death by her parents; her son, Bruce Laabs; her brothers Robert Rossi and Maurice (Moe) Rossi, and their wives Shirley and June; and by her sister, Carlene Stephenson.

Our family would like to express our gratitude to the incredible staff at Cottagewood for the love and compassionate care given to Rose for the past 2 years, and to the Palliative Care and Hospice Care staff of Mayo who aided her over the last couple of years, and then in the final hours of her life. Thank you.

To order memorial trees or send flowers to the family in memory of Rose Laabs, please visit our flower store.

Services to be held at a later date