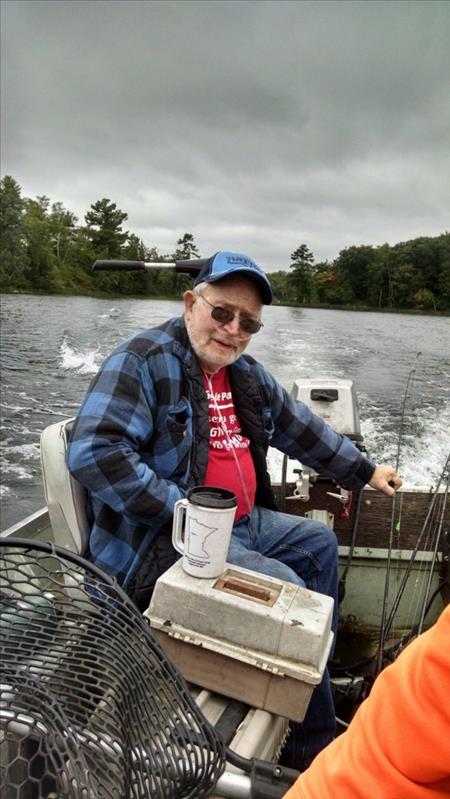 Ronald D. Lanoue, 80, Ogema, MN, died Sunday, May 14 at Essentia Health- St. Mary's Hospital in Detroit Lakes. Mass of Christian Burial will be held Thursday, May 18 at 1PM in St. Benedict's Catholic Church in White Earth. Visitation will be held Wednesday, May 17 at David Donehower Funeral Home from 5pm-7pm with a 7pm Prayer Service. Visitation will also continue one hour prior to Mass. Ronald Dean Lanoue was born October 16, 1936 in Marshall, MN to Armond and Mildred (Arens) Lanoue. He attended school in St. Paul, MN graduating from Cretin High School in 1954. After high school he served in the United States Army from 1956 until he was honorably discharged in 1958. He was united in marriage to Judy Gackstetter on June 14, 1958 in St. Paul, MN. Judy passed away May 6, 1983. On February 11, 1984, Ron was united in marriage to Rosemary Hohertz in Lidgerwood, ND. They resided in rural Ogema, MN. Ron was a meat cutter by trade and worked at Armour in St Paul, MN and at Hornbachers in Fargo, ND and Moorhead, MN. He drove truck for several years before retiring in 2001. In his spare time he enjoyed fishing, reading, hunting, watching football, and old western movies. He loved telling stories and like any true fisherman, he sometimes embellished. Ron is survived by his wife: Rosemary of Ogema, 10 children: Nanette (Steve) Martin of Hawley, Terry (Doreen) of Waubun, Denise (John) Steinhaus of Detroit Lakes, Ronald Jr. (Debbie) of Waubun, Matthew (Melissa) of Waubun, Jacob (Diane) of Detroit Lakes, Samantha (Chris) Brunner of Sterling, ND, Charla (Eric) Bartholomay of Colfax, ND, Isaac (Hannah) of Hawley and Caleb (Veronika) of Fargo. He is also survived by 14 grandchildren and 9 great-grandchildren. He is preceded in death by his parents, his first wife Judy, his son Timothy, his daughter Roberta, and his sister Mary Jo.

A Prayer Service will be held at 7PM

To order memorial trees or send flowers to the family in memory of Ronald Lanoue Sr, please visit our flower store.