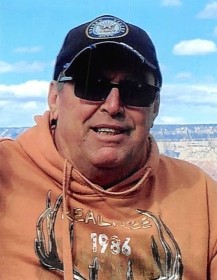 Robert “Bob” Foster, 64, of Detroit Lakes, MN passed away on Saturday, July 11, 2020 at the Mayo Clinic in Rochester, MN with his children at his side.  A Celebration of life is planned for Saturday, July 18, 2020 5pm at the David-Donehower Funeral Home. Visitation will be one hour prior to service; burial with Military honors at Oak Grove Cemetery in Detroit Lakes, MN at 6pm, then following the burial a gathering will be held at the American Legion Post #15 after the service. David-Donehower Funeral Home is assisting the family.

Robert Arthur Foster was born on October 28, 1955 in Wadena, MN to Wilbur and Opal (Petersen) Foster. He was raised in Leader, MN until 1967 when his father passed away. After his father’s passing, the family moved to Detroit Lakes, MN.

At the age of seventeen, Bob enlisted in the United States Navy and was honorably discharged in 1975.    After leaving the military, Bob went to vocational school for a couple of years before starting his career with the Soo Line Canadian Pacific Railway in 1978.  He worked for over 20 years with the railroad until a back injury made him retire in 1998.    On January 29th, 1977, Bob was united in marriage to Debbie Vogt in Detroit Lakes, MN. The couple raised two children, Carly and Robbie. The couple later divorced in 2004.

Bob loved his family and the time spent with them, especially his grandchildren. He enjoyed fishing, hunting, traveling and volunteering.  He was a lifetime member of the American Legion Post #15, VFW Post# 1676. He volunteered at the VA and was active in the DAV.  Bob was a proud member of the LAPH(Parrot Heads).  He was known for his teasing nature and sense of humor.  He had many friends and will be deeply missed by all.

He is preceded in death by his parents Wilbur and Opal; brother Duane; grandparents Elmer and Ruby.

To order memorial trees or send flowers to the family in memory of Robert "Bob" Foster, please visit our flower store.
Open