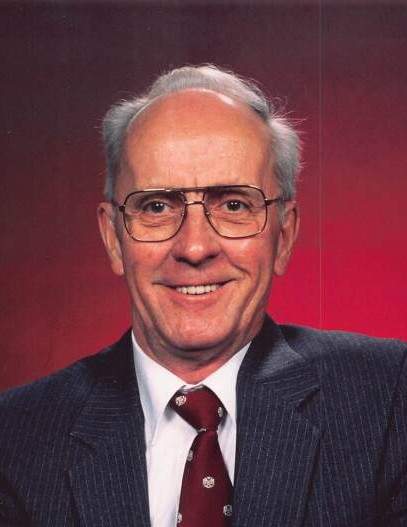 Robert Dale Thompson passed peacefully Monday, November 30th, 2020, at Perham Living Home
Care.
Robert (Bob) was born to Harry M and Violet M (Corke) Thompson July 22, 1928 in Frazee,
Minnesota.
Bob graduated from the Frazee High School and continued education for both medical fields of
operational and x-ray technician. As Private Class, he served his country in the Korean War from
1950 to 1953, where he acted as a frontline medic in the Mobile Army Surgical Hospital (MASH,
just like the TV series) as an x-ray technician. Following an honorable discharge, he enlisted in
the Naval Reserves for a period of years. For his service he received the Korean Service and the
United Nations Service medals. In 2000 he was proud to have received a letter of appreciation
from the President of the Republic of Korea in recognition of his service.
Bob lived in LaMoille, Illinois, when he was reacquainted with his wife Virginia during one of their
class reunions. They were married September 1st, 1998 at the Sacred Heart Catholic Church and
resided in Frazee, Minn.
He was blessed with masterful woodworking skills, but also loved to read, enjoyed the company
of dogs, writing, and was a member of both the Lions Club and VFW.
To his Minnesota family he was the quiet Bob with a sly smile and a dry sense of humor. We
could always find him enjoying the outdoors working in his green bucket hat.
He is survived by his wife Virginia; his children, a son Duane Thompson, Rick Island, IL; daughters
Dawn Davidshofer, Makanow, IL and Diana (Jeff) Marriott, Lacrosse, WI; seven grandchildren; a
brother Martin Thompson, Fort Myers, FL; and sister-in-law Mary Thompson, Detroit Lakes, MN;
stepsons Virgil (Sandy) Kohler Moorhead, MN, Mark (Val) Kohler of Frazee, MN, Tom Kohler and
Randy Kohler both of Detroit Lakes, MN; six stepdaughter’s Elizabeth Lamson of Palisade, MN,
Kathy (Joey) Stenger of Detroit Lakes, MN, Marianne Prendergast of McLean, VA, Annette
(Daniel) Kaldahl, Detroit Lakes, MN, Jane (Vince) Bachmann of Frazee, MN, Jackie (Simon) George
of Frazee, MN; 41 grandchildren; 59 great-grandchildren and eight great-great-grandchildren
Robert is preceded in death by his parents Harry and Violet; first wife Ethel Johnson; a brother
James and a sister Ruby.
Because of the current restrictions we regret the funeral service will be ‘immediate family only’.

To order memorial trees or send flowers to the family in memory of Robert Thompson, please visit our flower store.