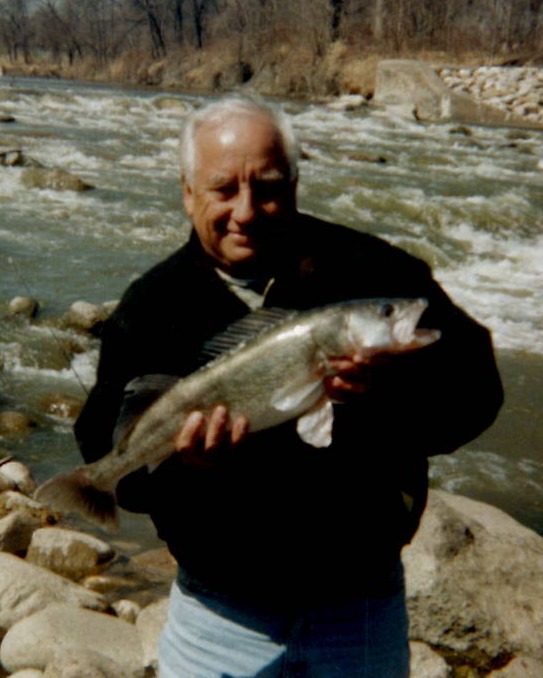 Robert (Bob) James Spiess of Detroit Lakes passed away Jan. 24, 2023, at his home. Bob was born on Sept. 23, 1938, to William Spiess and Mamie Flamme in Martin, ND. After high school, Bob got his AA degree.  He then joined the military, serving in the 101st Airborne Division. Following his service to our country, he worked USPS for 35 years as a mail carrier, then Postmaster in Sunburg and Felton, MN and then as a drug and alcohol counselor for the USPS. Bob had 3 children over the course of his 1st marriage, Julie, Beth, and Jill. In 1965, Bob married to Faye Erickson. Together, they had a daughter, Shannon and four sons, Robbie, Keenan, Jason, and Ryan. In 1999, Bob married Sharon Summers. Bob was known for his kindness, his generous heart, and his love for fishing. His dedication to and knowledge of fishing was second only to his love for Jesus. He was, on occasion, able to combine his passions, sharing God with people out on the lake. All those in the boat had a full net and a full heart. Bob was a skilled listener and excellent conversationalist, but he will be remembered most for his heart for the disadvantaged. For over 20 years of his life Bob and Sharon were dedicated to serving through the Salvation Army. Bob was also involved in many recovery programs in Fargo and this continued after they moved to Detroit Lakes. Bob was a facilitator for Celebrate Recovery, very involved in jail ministries and a sponsor for many people in AA.  He thoroughly enjoyed attending Christian Fellowship Church including his Bible studies and men’s activities. Bob’s tender heart was used by God to change lives and bring hope to people that had none.

To order memorial trees or send flowers to the family in memory of Robert James Spiess, please visit our flower store.