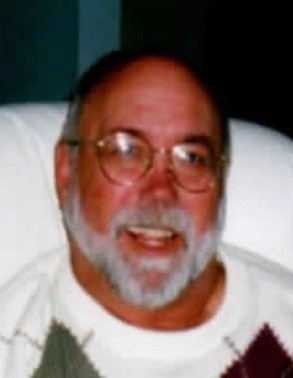 Bob was born in Morris, Minnesota to Milton and Marie Spaulding. Bob spent his childhood in Clinton, Minnesota until his family moved to Paynesville. Bob was very active in sports in high school, playing varsity football, basketball and track.  Upon graduation from high school in 1957, Bob attended college at St. Thomas University in St. Paul, MN. In 1961, Bob enlisted in the U.S. Army Reserves and was honorably discharged from the U.S. Army in 1965.

Bob married his high school sweetheart, Yvonne Wagner, on January 14, 1961. They eventually settled in Rochester, MN where Bob learned the Culligan business from his dad, Milton. Bob purchased Culligan Soft Water in Detroit Lakes in 1972, moving his family there in 1973. Bob and Yvonne were both active in the community with the Holy Rosary Catholic Church and the Detroit Country Club. Bob was a member of the Mt. Tabor Masonic Lodge No. 106 and the El Zagal Shrine of Fargo, North Dakota, the Elks Club, the American Legion and the Eagles Club.

Bob was a fisherman at heart and went fishing as often as he could. He took fishing trips with many of his buddies, Yvonne, his kids or just about anyone willing to go with him. Bob and Yvonne both loved to motorhome and took many trips throughout their life together. Eventually, they decided to become residents of Arizona and purchased a home in Sun City. They enjoyed being hosts of an annual fish fry for their Minnesota friends. Bob was an avid golfer at the nearby golf courses and the Detroit Country Club.

Bob was quite proud of his grandchildren, Robert Welty-Johnson, age 24; Thomas Welty-Johnson, age 20 and Olivia Gravelle, age 22. He and Yvonne would often go pontooning around Detroit Lake with their family. In 2017, Bob and Yvonne became full-time, permanent residents of Sun City, Arizona. Yvonne lost her battle with cancer on March 3, 2019. They were married for 59 years.  Bob’s next door neighbor, Nor Ahl, became a very close friend to Bob.  He enjoyed spending time with Nor, going on day trips and having cocktails and dinner together.

To order memorial trees or send flowers to the family in memory of Robert Spaulding, please visit our flower store.