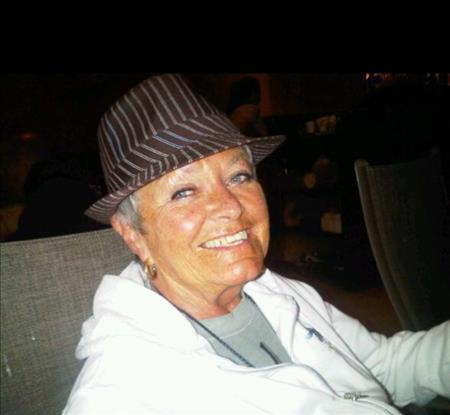 Rita A. Wicker, 75, resident of Detroit Lakes, died Wednesday, March 22, 2017 at the AMC Hospital in Cabo San Lucas, MX. Mass of Christian Burial will be held Saturday, April 1 at 2:30pm at Holy Rosary Catholic Church, Detroit Lakes. Visitation will be held Friday, March 31 at David-Donehower Funeral Home from 6pm-8pm with a 7:30pm Prayer Service. Visitation will also continue Saturday at the church one hour prior to Mass. Rita A. Wagner was born May 24, 1941 in Detroit Lakes, MN to Vincent and Eleanor (Dyer) Wagner. She grew up in Detroit Lakes, graduating from Detroit Lakes High School in 1959. In 1960, Rita was united in marriage to Charles H. Erickson. Charles and Rita had three sons: Christopher, Steven and Jed. They divorced in 1979. In 1984, Rita was united in marriage to Gil Wicker. During her working career, Rita was employed at the Elks Club, Edgewater Beach Club and worked in reservations for Cabo Villas Beach Resort. Rita enjoyed lake life to its fullest. She loved dogs, spending time on the water, tending to her flower gardens, fishing and even the occasional hunting trip. Her family was everything to her, especially her three sons. Rita and Gil enjoyed spending time in Cabo San Lucas whenever possible which made for wonderful memories over the years. Gil passed away October 17, 2013. Rita will be remembered and missed by her two sons: Christopher Erickson of Cabo San Lucas, MX, Jed (Amy) Erickson of Detroit Lakes and Cabo San Lucas, five step-children; Sue Olmstead of Moorhead, Mike Wicker, Sharin Wicker, Gary Wicker and Ron Wicker all of Detroit Lakes, seven grandchildren: Diego, Regina, Valentina, Renata, Alex, Anika and Jake. She is also survived by two siblings: Don (Patt) Wagner of Detroit Lakes and Cookie (Paul) Friesen of Detroit Lakes. She is preceded in death by her parents, 1st husband Charles, 2nd husband Gil, one son: Steven Erickson. In lieu of memorials, please consider a donation in Rita's name to the future Detroit Lakes Dog Park. Following Mass, dinner will be served at the Shorewood Pub in Detroit Lakes.

A Prayer Service and time of sharing will take place at 7:30 PM

To order memorial trees or send flowers to the family in memory of Rita Wicker, please visit our flower store.