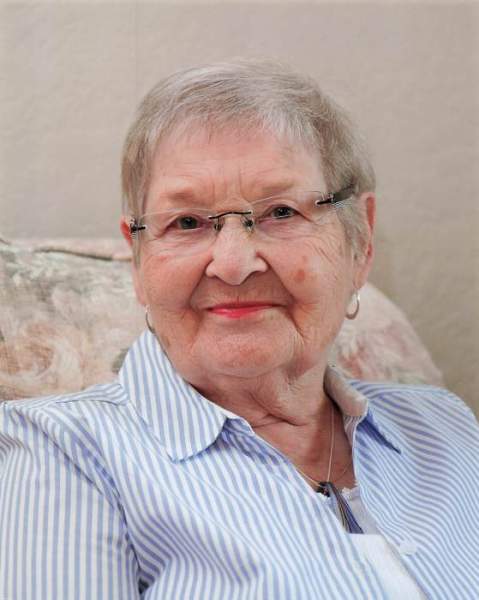 Friends may call at the church 1 hour prior to the mass on Thursday.

Rita Francis Frenzel was born July 26, 1922 in Hillsboro, ND to Walter and Olivia (Schnoebelen) Vettel, the oldest daughter of 12 children.  She was raised and educated in Caledonia, ND, and earned her degree in nursing from St. John’s School of Nursing in Fargo in 1944.    While in college, she joined the Cadet Nurse Corps and served as an Army nurse from October 24, 1944 to May 2, 1946.  Following her discharge, she moved to Minneapolis where she worked for the Sister Kenny Institute fighting polio.  Rita was united in marriage to George Frenzel, December 30, 1946 in Hillsboro, ND.  She worked as a nurse in the Twin Cities and she and George split their time between Minneapolis and their lake home on Lake Six near Frazee, MN.  They eventually made their home on Lake Six full time and, following George’s death in 2004, Rita eventually moved to Detroit Lakes.  She lived at The Madison prior to entering Oak Crossing.

To order memorial trees or send flowers to the family in memory of Rita Frenzel, please visit our flower store.