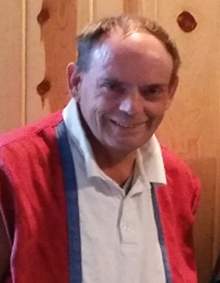 Rick William Nelson was born August 18, 1951 in Detroit Lakes,   Minnesota the son of Clarence and Edna (Longtine) Nelson. He passed away June 24, 2021 at Essentia-  St. Mary’s Hospital in Detroit Lakes.

He was baptized and confirmed at Lake Eunice Evangelical Free Church and grew up in the Detroit Lakes area. Rick graduated from Detroit Lakes High School and continued his education studying agriculture at Detroit Lakes Technical College.

Rick began his work life as a trucker before starting his own business. For many years, Rick owned and operated his own lawn service business. He developed a long list of loyal lawn & grounds keeping customers whom he counted as his friends, among many, almost as his extended family.

Rick maintained master level anecdotal, storytelling & visiting skills. He was well spoken.  He loved to chat and chuckle with folks.  He was kind, fiercely independent, and generous.  Many will recall sitting at a kitchen table with him sporting his ever present tooth pick while he provided a half hour of stories better than many TV scripts.

He loved his truck, his recliner, animals, and nature.  Rick gave shelter, grazing, & care for elk + other animals by providing giant fencing in the front acreage of his home for their protection and community enjoyment.

Rick had always been an avid deer hunter.  He enjoyed teaching the younger hunters in the family about hunting skills and safety.  He was quite the fisherman; trophy fish & deer mounts line the walls at his home near the woods of the old family homestead.

To order memorial trees or send flowers to the family in memory of Rick Nelson, please visit our flower store.