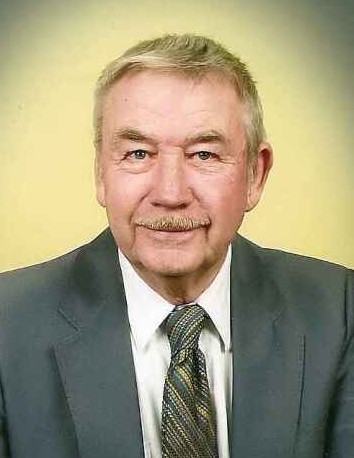 Thomas “Richard” Mohn was born on August 18, 1936, in Detroit Lakes, Mn., son of Thomas & Adella (Ristvedt) Mohn. He was baptized and confirmed in the Christian faith at First Lutheran Church in Lake Park, MN. Richard attended area country schools and completed his schooling in Detroit Lakes.

As a young adult, Richard worked at gas stations, earning $1.00 an hr., until he became a grain farmer at age 21. On March 27th , 1957, he married JoAnn Anderson of Detroit Lakes. They had five children.

In 1953, at age 17, Richard played the pedal steel guitar in the band, “The Country Boys” on weekends and played until 1975. His passion for music never changed throughout his life.  After the “Country Boys”, he joined the band “Brite Sky Singers” and continued to play at birthday parties, nursing homes and his church. Richard was self -taught and learned to play the steel guitar by ear and continued playing this way throughout his musical career. He played the steel guitar for 57 years. He was also skilled at playing the piano, accordion, violin, banjo and mandolin.

At the age of 16, Richard made his first guitar and continued to make many things throughout his life. Some of these things included amplifiers, steel guitars, hay bale squeezers (with the help of his brother, Warren), outdoor wood stoves, two houses, a wood processor, sawmill, and a wood lathe. Richard was always fixing, inventing or making something.

After Richard retired from farming in 1993 he drove semi with Wausau Trucking and cut and sold wood.

Richard and JoAnn divorced after 38 years of marriage.

Richard’s faith was very important to him. He trusted God’s word in all he did. He was a very mild-mannered, calm, and patient person. His honesty, kindness and fairness was always a part of who he was, and he always remained humble. Richard always appreciated a good joke and was a very easy person to talk with. He will be dearly missed.

Richard is preceded in death by his parents, his sister, Ginny, his son, Ronald and his daughter, Connie.

To order memorial trees or send flowers to the family in memory of Richard Mohn, please visit our flower store.
Open