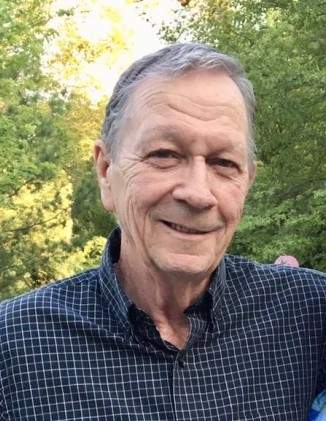 Richard John Lundmark, known as “Dick”, was born on October 25, 1938 in Duluth, MN to Gunnar and Violet (Maki) Lundmark.  He was raised and educated in Duluth and is a 1956 graduate of Duluth Central High School.  Following graduation, Dick enlisted with the U.S. Navy, serving on the aircraft carrier U.S.S. Boxer, that was stationed off the South Pacific.  During his enlistment, he was apart of operation Hardtack, this was the testing of nuclear bombs.   Following his discharge, he returned to the Duluth area and began working as a welder, which led to his becoming a salesman of welding supplies. After working a short time in welding sales, he started a lifelong career as an Insurance salesman.

Dick was united in marriage to Lois Turnbloom on May 14, 1960.  To this union four children were born, Kirk, Cindy, Annette, and Eric.  The family lived briefly in the Albert Lea area before making their home in Detroit Lakes, in May of 1973.  He worked as a district manager for Farm Bureau before retiring from Sentry Insurance in 2002.

Dick loved to go boating, fishing and golfing with his buddies. He enjoyed fixing cars or anything that was broken, and he was a great cook and grilling master. Dick was proud of his family and loved them deeply.

Preceding Dick in death are his parents; Gunnar and Violet, his wife Lois (2017), four brothers; Bill, Peter, Steven, and Danny.

In Lieu of flowers the family requests that donations be made to the Hospice of the Red River Valley or Ecumen-Emmanuel Care Center in Detroit Lakes.

To order memorial trees or send flowers to the family in memory of Richard Lundmark, please visit our flower store.