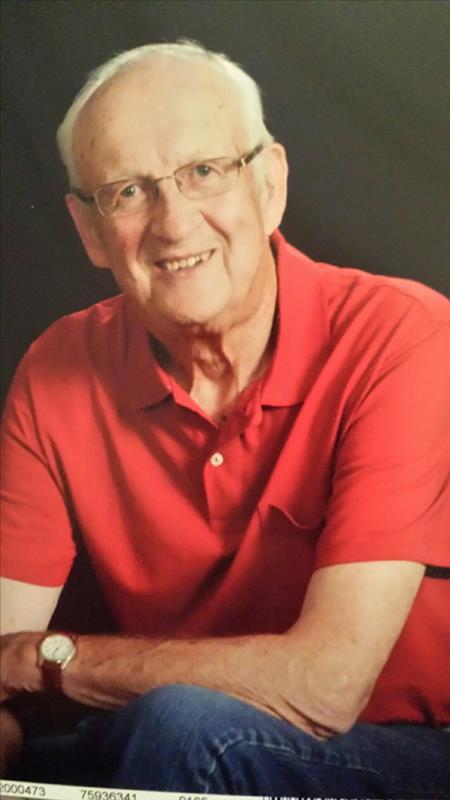 Richard "Dick" Henry Bueckers, age 78, of Detroit Lakes, MN, went to be with his Lord and Savior, Jesus Christ, on Tuesday, July 5, 2016 surrounded by his family and in the arms of his loving wife, JoAnn, at St. Mary's Essentia Health in Detroit Lakes, MN. Dick was born June 7, 1938, to Phillip and Henrietta (Tieman) Bueckers at home in Northome, MN. He grew up and attended school in Northome, MN, until moving with his family to Bigfork, MN, in the 7th grade. He continued attending school in Bigfork, MN. He then enlisted in the United States Army in 1957, and served until his honorable discharge in 1963. Following his honorable discharge, Dick went to work for the Rajala Lumber Mill in Bigfork for a short time before beginning his career with the Minnesota Department of Transportation as a Heavy Equipment Mechanic. He worked in Owatonna, MN, for a time, returning to Bigfork, MN. He married JoAnn Schromen on June 29, 1968, at Our Lady of the Snow Catholic Church in Bigfork. The couple then moved to Detroit Lakes, MN, where they raised 3 children: Chris, Keely, and Ashley. Dick continued his work for the Minnesota Department of Transportation, retiring after 38 years of employment. Shortly after retiring, Dick decided to go back to work at Riverside Auto Value, where he enjoyed working until his declining health forced him to retire.

Dick enjoyed spending time outdoors, snowmobiling, tinkering with cars, attending demolition derbies and tractor pulls, tending to his many bird feeders, gardening; though he spent much of each gardening season feeding the deer with his crop, camping with his family, and especially enjoyed traveling to Bigfork each year to deer hunt. Dick loved to cook breakfast. He was well known for his Sunday family breakfasts. Dick was very involved at Community Alliance Church in Detroit Lakes. He was an Awana volunteer for 22 years, and looked forward to their annual Grand Prix Derby Car Race each year that he helped build cars for. Above all, Dick loved his family and friends, there is nothing he wouldn't do for them. In his eyes, "everyone was family". His children could always count on Dick to go out of his way, completely above and beyond, to attend to their needs and care. He was truly the "World's Best Dad". He will be lovingly missed by all.Dick will be lovingly remembered by his wife, JoAnn of Detroit Lakes; his three children: Chris (Robyn) Bueckers, Keely (Scott) Stauffenecker and Ashley (Drew) Larson; six grandchildren: Nathan, Caeley, Katelynn, Payne, Abby and Brynnlee; one great grandson, John; two sisters: Karen Pifher and JoAnn (Cliff) Nordly; two brothers: John (Marilyn) Bueckers and Mark (Lily) Bueckers; along with several nieces and nephews.Dick was preceded in death by his parents, Phillip and Henrietta; and brother-in-law, Skip Pifher.

A Prayer Service will be held at 6:30PM

To order memorial trees or send flowers to the family in memory of Richard Bueckers, please visit our flower store.