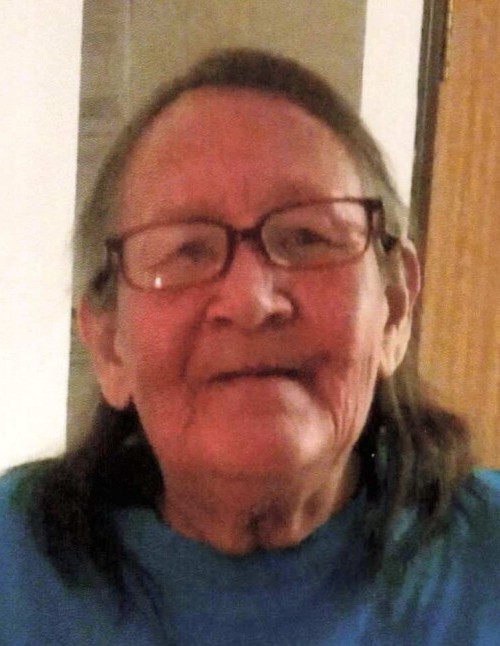 Rexine Vivian Adams was born on December 14, 1947 in La Prairie Township, to John Adams and Mary Gravelle. Rexine was raised in the Ponsford area and graduated from Park Rapids High School with the class of 1965.  After high school, Rexine moved to St Paul where she worked and had her daughter Mary. She met Robert “Bob” Shulz and they had a son named Gary.  They lived in St. Paul for a couple of years and then moved to Detroit Lakes, MN.  In the mid 90’s they returned to the Ponsford area.

Rexine worked in the Environmental Services Department at the Shooting Star Casino for many years. She had to retire in the early 2000’s due to health reasons. After retiring, she moved to Park Rapids, MN to be closer to her family.

Rexine enjoyed reading mystery novels, watching her favorite game shows, The Price is Right and Family Feud.  She was a loyal Minnesota Twins fan but would also watch any other baseball game on television.   Rexine’s greatest joy was being with her family. She loved to visit and spend as much time with them as possible.

To order memorial trees or send flowers to the family in memory of Rexine Adams, please visit our flower store.
Open