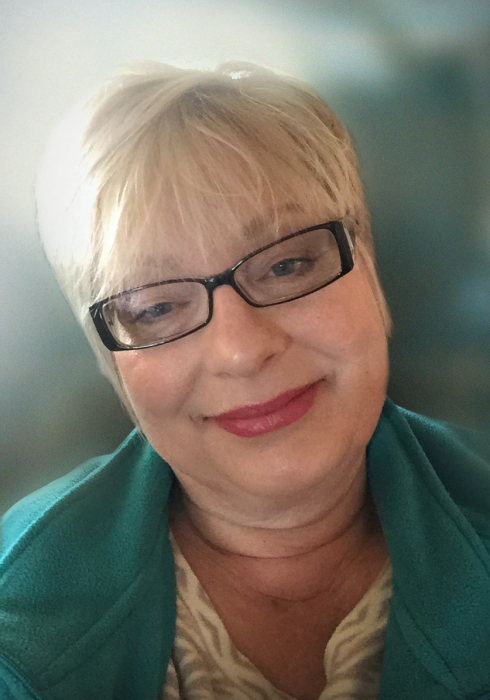 Rebecca Thomas, our dear wife, mom, Grammy B, beloved sister and caring friend, peacefully stepped from this life, into the next on May 23rd, 2020 while sleeping in her comfortable country home.

Rebecca Lynn Fischer was born in Saint Paul, Minnesota on February 26th, 1957, the eldest of eight children born to Patrick Jerome Fischer and JoAnne Arlene Rudsenske. She grew up in the Twin Cities and, except for several years in Utah, was a lifelong Minnesota resident. On January 15th, 2004 she married Kelly John Thomas at Detroit Lakes and thereafter made her home at Hamden Township in Becker County.

Rebecca had a great love for humankind and a gift for recognizing opportunities to uplift. Nobody was a stranger and nobody was above or below her ability to touch their heart. Her love of nature enabled her to see the world with unending awe and to describe what she saw with the heart & words of a poet. She did not see pelicans in flight, she saw “silver wings undulating in the sky.” Nor did she see a full moon rising on the horizon. Through her eyes, it was “a pearl on indigo blue.”

Rebecca was never happier than in the company of her husband and thrilled at the opportunity to tend any—or all—of her grandchildren. Rebecca enjoyed feeding, watching & identifying songbirds through multiple windows in the Thomas home and raised a small flock of Buff Orpington chickens, which received her gentle encouragement during feedings and other visits to their coop. Rebecca could often be found tending her vegetable garden or artistically rearranging her flower gardens & shrubbery. An active member of the Church of Jesus Christ of Latter-day Saints, Rebecca served in multiple capacities through the years, often preferring to work with the youth. She had a special talent for reaching the youth, often leaving lifelong impressions on them. Her most recent and final role was that of teenage Seminary teacher in her local Detroit Lakes branch of the church.

Funeral services were held at 10:00 am. on Saturday, May 30th from the Church of Jesus Christ of Latter-day Saints, 204 Pelican River Road, Detroit Lakes, Minnesota. Rebecca will be buried beside her daughter, Megan, on June 3rd, 2020 in Grace Cemetery in Grace, Idaho. A graveside service will be held at 10:00 am.

To order memorial trees or send flowers to the family in memory of Rebecca Thomas, please visit our flower store.
Open