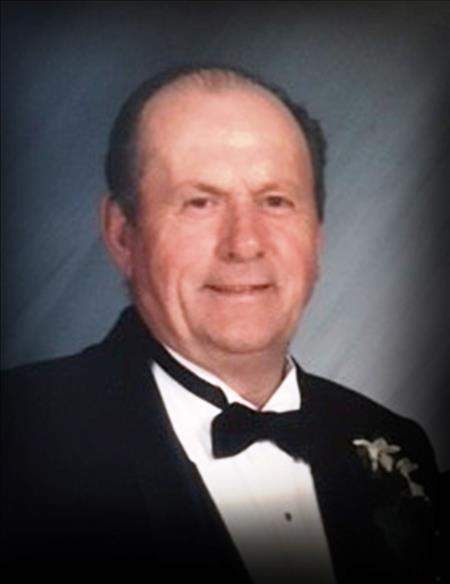 Memorial Services for Ray will be held Saturday, July 22 at 1PM in David Donehower Funeral Home. Visitation will be held one hour prior to services on Saturday. Ray Kenneth Johnson, known to many as "Kenny", was born August 31, 1927 in Fargo, ND to Louis and Ella (Lundin) Johnson. As a young boy, he moved with his family to Ogema, MN. He attended country school near Callaway, MN. On October 30, 1945 he enlisted into the United States Army. Ray served as a Military Policeman, guarding high ranking officials and was always proud of the fact he was General Clark's personal guard. He served as part of the 222 42nd Rainbow Division 4th Calvary, which aided in the freeing of the prisoners held at Auschwitz Concentration Camp. Ray was honorably discharged February 19, 1947. When he returned back to the lakes area, Ray farmed and worked various jobs. In 1963, he accepted a position with Swift Turkey Plant driving truck. In 1965, Ray was united in marriage to Ellen Ortlepp. Together they raised two children of their own and six children from Ray's previous marriage. Ray and Ellen bought a small hobby farm north of Detroit Lakes in 1974. He enjoyed tending to his hobby farm along with being employed full time driving truck. On his hobby farm he raised cows, pigs, poultry and horses. In his spare time he loved doing carpentry work, deer hunting and fishing. Over the years, Ray shared his love and skill of deer hunting with his four sons and numerous nephews. He was also an avid pinochle and canasta player. There were many card parties with family and friends and always an abundance of food! Ray retired in 1989. He spent his mornings visiting family and having coffee. Family dinners and time with his children and grandchildren were very important to him. Ray entered Ecumen Nursing Home in November of 2016.

Ray will be remembered and missed by his wife of 52 years, Ellen, his children: Lannette (Lynn) Sharp of Texas, William Johnson of Colorado, Patricia (Doug) Wier of Texas, Darcy (John) Rodiguez of North Dakota, Sandra (PK) Onstad of Detroit Lakes and James (Cathy) Johnson of Detroit Lakes. In addition he is survived by 18 grandchildren, 26 great-grandchildren, 1 great-great grandchild along with one brother: Leland Johnson and two sisters: Gladys Braun and Ardyce Schouviller.

He is preceded in death by his parents, two sons: Kenneth Ray and Timothy Allen, three brothers: Merle, Erwin and Gordon and two sisters: Esther Mitchell and Fern Thompson.

To order memorial trees or send flowers to the family in memory of Ray Johnson, please visit our flower store.