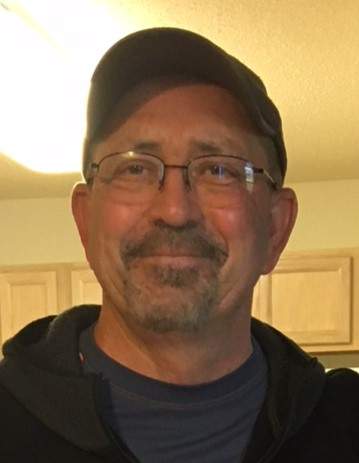 Randy was born December 2, 1960, to Harry and Yvonne (DeGroat) Green in Fargo, ND.  Randy’s childhood was spent in Fargo, ND, then Ogema, MN. He graduated from Waubun High School with the class of 1979.  Following his schooling, Randy moved to West Fargo, ND, where he did carpentry work for his uncle.  He then drove truck for Quality Meats and Seafood.  It was there he met DeVon Sagvold.  The couple married January 9, 1982, at St. John’s Church in Bonanzaville.  The couple made their home in West Fargo and welcomed two children: Joni Marie and Justin Harry.  Randy attended Moorhead Technical College where he earned his Associate Business Degree.  During his schooling, Randy dealt blackjack at numerous facilities in the Fargo area and also owned and operated Northwood Custom Builders where he enjoyed building custom cabinetry.

After college, Randy began his career with Sherwin-Williams. He earned top salesman numerous times throughout the years.  He eventually became a Senior Sales Rep for the company and retired in January of 2017 after 33 years of employment.  Randy truly enjoyed his work and the relationships he made traveling and meeting with contractors along with the friendships he had with his co-workers.

In 1994, the family made their home in Ogema, MN, and purchased McArthur Foods, naming it Green’s Family Foods which they operated for 13 years. Randy enjoyed camping and traveling with his family, fishing, snowmobiling and hunting.  Randy’s grandchildren were his pride and joy and he loved the time he spent with them.

On April 24, 2017, Randy was diagnosed with Leukemia.  He fought his battle bravely and was happy with the years he was given and the life he lived.

Randy was a member of Circle of Faith United Church of Christ in Waubun, MN.

Randy was preceded in death by his parents, Harry and Yvonne DeGroat.

To order memorial trees or send flowers to the family in memory of Randy Green, please visit our flower store.
Open