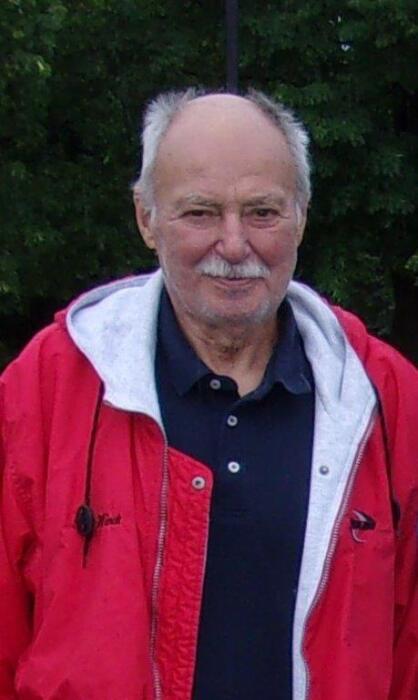 Philip Wendt, 74, of Detroit Lakes, MN went home to be with the Lord on Wednesday, October 20, 2021 at Essentia -St. Mary’s Hospital in Detroit Lakes, due to complications from Covid. His daughters were by his side.

Philip Robert Wendt was born February 1, 1947 to Herbert J.W. and Dorothy Ione (Carter) Wendt. He was one of eight children. Two brothers, five sisters. He was baptized, confirmed, and an active member at St. John’s Lutheran Church in Frazee, MN. Phil grew up on the family farm in Frazee, and graduated from Frazee high school. Of his first marriage to Kathi, he was blessed with his three daughters that he forever will hold their hearts in his hand. In 1985, he married Bonnie Jonas. With this marriage he gained a stepdaughter, that he loved as his own.

Growing up, he worked on the family farm and over the years went on to work in Auto Body repair that included Illinois, Minneapolis, and Fargo that transpired to operating his own shop in the 70’s outside of Detroit Lakes. He then worked many years for Swift-Eckrich turkey plant before going to Land-o’-Lakes in Perham. As years passed, he took a job with Team Industries, and to many there he became endearingly known as ‘Calloway Phil’. When he retired he filled his days with ice fishing in the winter months, following deer hunting season of course. The rest of the year he spent working in the yard, planting flowers, and splitting and selling firewood which he’s done much of his life. He was diagnosed with Leukemia (CLL) in 2017 and he was determined to not let it interfere with his daily routines, if he had anything to say about it. He even went to work part-time at Walmart to get his socializing in. Spending time with his children and grandchildren was very important to him, and used every opportunity to share stories of his life and learn of theirs. Including one special road trip he took with just him and his three girls to the Grand Ole Opry in Nashville when they were younger, or the trip he took with his longtime friends to see the Redwood Forest and Las Vegas. Being with family brought the happiest times in his life. He cherished family reunions, holidays, and any time everyone gathered together.

To anyone who knows Phil, knows that he has a big heart and is a very sociable person. Besides his family, he held such a high regard for all of his friends and acquaintances. He often spoke with his daughters about so-in-so that he borrowed this piece of equipment from, or let him store something there. Many who knew him, know that it was important to him to let other people know when they could find a better deal somewhere else, or he probably shared some local coupons with you. He would do just about anything for anyone. A caretaker at heart. A true friend. A child of God, and the best Dad that a daughter could ask for.

Per family request, masks must be worn during the visitation and service.

Alternative gestures to honor Philip could be given to: Leukemia & Lymphoma Society at LLS.org

To order memorial trees or send flowers to the family in memory of Philip Wendt, please visit our flower store.
Open