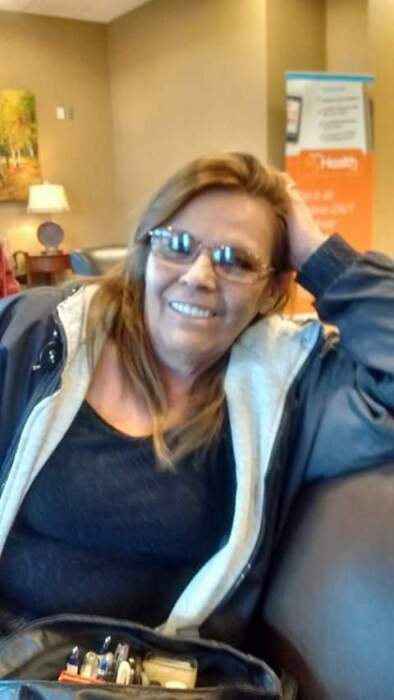 Patricia “Patty” Lynn Clark was born on May 10, 1962, in Park Rapids, MN, to Glenn and Pearl Clark. Patty went to school at Pine Point in her early years and received her GED from Park Rapids High School with the class of 1980. After high school, and over the years, Patty worked at Sunnyside Nursing Home as a CNA, Casey’s as a manager, at Shooting Star Casino as a cashier and waitress, and at the 59er as a waitress.

In 1978, she was united in marriage to Laverne Arthur in Pine Point. The couple had one daughter Tonya. The couple separated, and she moved to Detroit Lakes, with Tonya, then to Arizona for a short time before returning home to Minnesota.

Patty enjoyed going to “Pow Wow’s”, playing Keno, and going to the casino but laughing and having fun at family gatherings were her favorite. She loved children and especially her great niece Onna bug.

The family would like to give a special thank you to Jasmine Clark, Tyler Tibbitts, Jessica Brown, and Samantha Clark for taking such exceptional care of Patty.

To order memorial trees or send flowers to the family in memory of Patricia "Patty" Clark, please visit our flower store.
Open