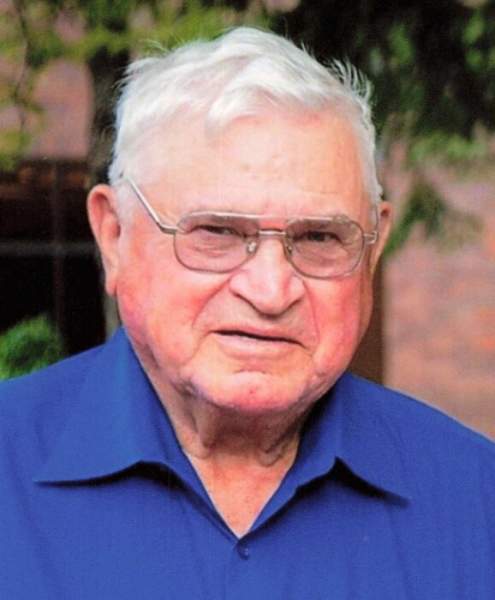 Nicholas was born July 29,1935 to Nicholas Bernard & Monica (Zurn) Schouviller in Detroit Lakes, MN. Nick Joined the U.S. Army National guard of North Dakota from August 1, 1957 and was honorably discharged on June 1, 1959. Nick met the love of his life Betty and married on June 14, 1958, at Assumption Catholic Church in Callaway, MN. Nick worked at Ice Works, loading the cars with ice and Armour packing plant till 1959, all while farming. Nick and Betty eventually bought the Zurn farm from Nick & Helen Zurn. In 2012 the Schouviller farm was acknowledged as a century old farm.

Nick loved to drive the tractor and all the mowing on the farm. He was very proud that the family farm will be taken care of by the next generations. He loved to cook, spend time with his family and play pinochle with his card groups. Nick was a very proud father, grandfather, and great- grandfather. He was dedicated in his Catholic faith and a lifelong member of the Knights of Columbus. Nick and Betty loved to dance, travel and never missed a chance to be with family.

To order memorial trees or send flowers to the family in memory of Nicholas Schouviller, please visit our flower store.