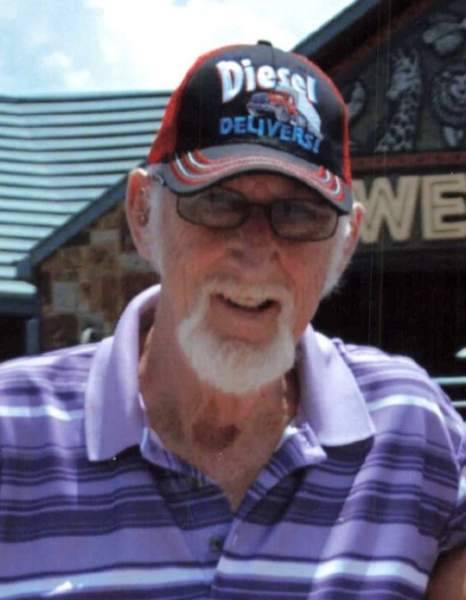 Neil Edward Olson was born June 15, 1941 to Roy and Thelma (Alga) Olson at home in McVille, ND. He grew up and attended school in McVille and attended college at NDSCS and graduated with a bachelor of liberal arts degree and then enlisted the United States Navy on March 21, 1961 and honorably discharged on March 20, 1967.

He then enlisted in the United States Air National Guard in 1967 and served in Desert Storm retiring with an honorable discharge in 1991.

Neil started his trucking career in 1991 and was an owner driver of his own trucking company Neil Olson and Sons Trucking LTD.

He was Commander of the DAV and active in the VFW and American Legion, and was a troop leader of the Boys Scouts while his sons were members.

Neil was a gentle giant and would do anything for anyone he could. He loved his family and was very proud of all their accomplishments. He was a great mechanic and passed his love for the work on to his sons. He loved watching and helping his sons while they raced and was always in the pits giving advice. He loved his grandchildren and attended all of Steven, Macey and Nickolas’s go cart races every Monday night during the summer

He is preceded in death by his parents, Thelma and Roy; grandparents Thea and Edward Alga; brother and sister-in-law Dennis and Annette Loewen; sister-in-law Lois Heck; sister-in-law Marlys Loewen, and brother-in-law Arnold Loewen.

To order memorial trees or send flowers to the family in memory of Neil Olson, please visit our flower store.