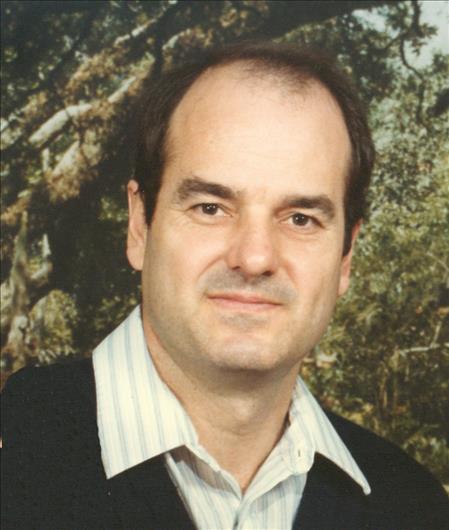 Neil Langum Edwards, age 73, of Glasgow, VA, passed away on Wednesday, May 24, 2017. A funeral service will be at 1:00 pm on Wednesday, May 31, 2017, at David Donehower Funeral Home in Detroit Lakes, MN, with a time of gathering one hour prior. A visitation will be from 4:00 pm to 7:00 pm on Tuesday, May 30, 2017, at the funeral home. A burial will take place following the funeral service at Oak Grove Cemetery in Detroit Lakes. Neil was born on October 15, 1943, to Floyd and Ruth (Langum) Edwards in New Ulm, MN. He graduated from New Ulm High School in 1961. After graduation, he joined the Minnesota National Guard and attended college. He then went on to work for the 3M Company in Minneapolis and also drove truck for Gabor Trucking in Detroit Lakes. After several years of independently installing flooring, he went on to open and operate Neil's Floor Store in Detroit Lakes; until 2009 when he retired and moved to Tennessee. He was united in marriage on June 6, 1975, to Peggy Van Beusekom and they made their home in the Detroit Lakes area. Neil liked photography, woodworking, and gardening. He liked taking his family on canoeing and hunting trips. He was creative and industrious and in his spare time he enjoyed building everything from gazebos to intricate flower beds. He was an avid reader who read everything from biographies to his well-worn and often referenced copy of the Bible. He enjoyed morning coffee with the "guys", riding his motorcycle with Peggy, and collecting antiques from flea markets and garage sales. He is survived by his children: Robin (Jay) Thompson of Glasgow, VA; Jared Edwards (Manda Marotz) of Perham, MN; Nathan Edwards of Baker, MN; Christina Avila (Jim Lauinger) of Osage, MN; Jessica (Ross) Damlo of Fargo, ND; and Catherine (Josh) Sporre of LaPorte, MN; two brothers, Clayton (Corrine) Edwards of New Ulm, MN; and David (Ruth) Edwards of Minnetonka, MN; ten grandchildren; and two great grandchildren. He is preceded in death by his wife of 26 years, Peggy; his parents, Floyd and Ruth; and a brother, Eugene Edwards.

Visitation one hour prior to the service

To order memorial trees or send flowers to the family in memory of Neil Edwards, please visit our flower store.