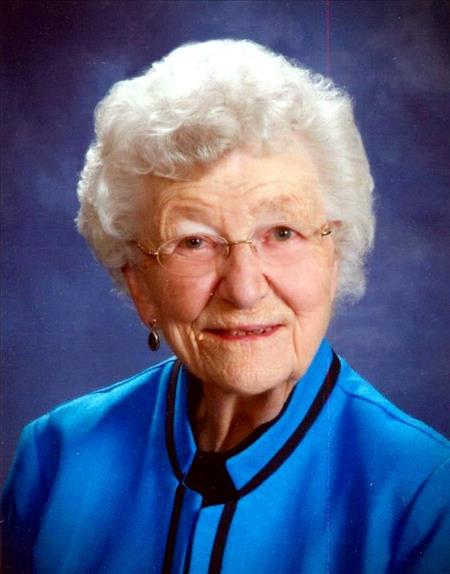 Myrtle H. Schneider, 92, Detroit Lakes, MN, died Tuesday, May 30 at Oak Crossing in Detroit Lakes. Funeral Services for Myrtle will be held Saturday, June 3 at 11AM in Zion Lutheran Church, Detroit Lakes. Visitation will be held Friday, June 2 at David Donehower Funeral Home from 5pm-7pm with a 7pm Prayer Service. Visitation will also continue Saturday at the church one hour prior to services. Myrtle Helen Miller was born October 27, 1924 in New Ulm, MN to Jacob and Sophie (Lorenz) Miller. She was baptized and confirmed at St. Paul's Lutheran Church in New Ulm. She attended St. Paul's Lutheran School for the first eight years, and then attended New Ulm High School graduating in 1942. On January 28, 1944 Myrtle was united in marriage to Richard C. Schneider when Richard was home on furlough. They moved to Seattle, WA where Richard was stationed during WWII. They moved back to New Ulm in 1946. In March of 1946, Richard and Myrtle made Detroit Lakes their home. From 1965-1990, Myrtle worked at Rossman Elementary School. She was an active member of Zion Lutheran Church serving on the library committee, was a member of the LWML, Mary Guild and volunteered her time with the quilters and newsletter group. Myrtle also volunteered her time at Essentia Health-St. Mary's Hospital along with Oak Crossing sewing walker bags for the therapy department. During her stay at Winchester, Myrtle made many friends throughout the years. She enjoyed playing cards, coloring, and taking painting lessons.

To order memorial trees or send flowers to the family in memory of Myrtle Schneider, please visit our flower store.