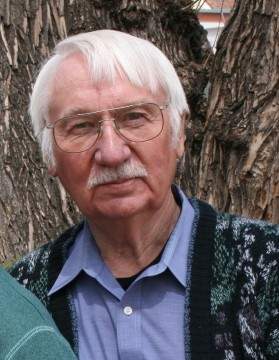 Myron Virgil Lueck of Detroit Lakes, MN, went to be with his Lord and Savior on Nov. 11, 2021 at Oak Crossing Nursing Facility in Detroit Lakes. Myron was born on February 23, 1940 to John and Anna (Schroeder) Lueck. He grew up and went to school in Brewster, MN.

In 1967 Myron was united in marriage to Nancy (Olson) of Okabena, MN. They moved to several locations in Minnesota with his job as a service tech for Peoples Natural Gas. In 1969 they settled in Hoyt Lakes, MN.

In 1973 the family moved to Detroit Lakes, MN where they made their home for the next 48 years.

Myron enjoyed being in the outdoors. He spent many years deer hunting and bear hunting. He enjoyed fishing year-round. Myron also loved spending many hours in his wood shop building furniture, clocks and gifts for family and friends.

He is survived by his wife Nancy and daughter Angela of Beavercreek, Ohio. Son-in-law Thomas Morlan and one grandson, Christopher. He has one surviving sister, Shirley Hansen, of Austin, MN. Along with two sisters-in-law, one brother-in-law and several nieces and nephews.

Myron was preceded in death by his parents and one brother.

There will be a small private ceremony with immediate family followed by a burial ceremony in the future where he will be laid to rest near his parents in southern Minnesota.

To order memorial trees or send flowers to the family in memory of Myron Lueck, please visit our flower store.
Open