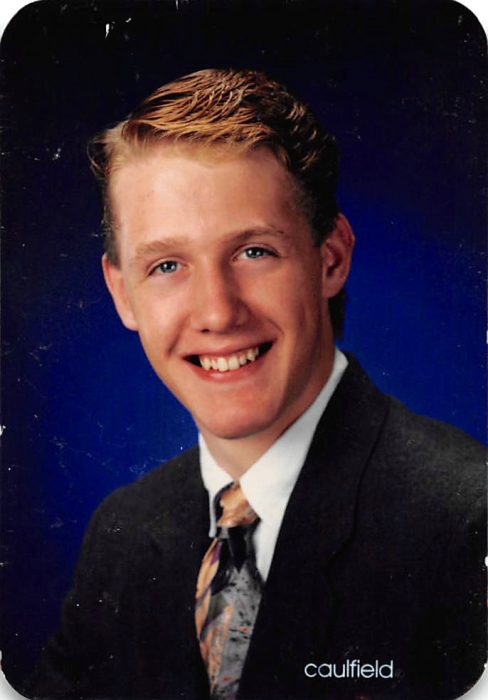 Memorial Services will be held Saturday, April 14 at 11AM in David Donehower Funeral Home, Detroit Lakes.  Visitation will be held one hour prior.

Michael was born June 5, 1974 in Detroit Lakes, MN.  After graduation from Detroit Lakes Senior High School, Mike studied Theatre Arts in California.  He returned to Minnesota and worked as a stone mason and as a welder.  He settled back  in Detroit Lakes in 2017.  Mike loved the outdoors and working with his hands. He loved to fish, and enjoyed his pets, especially his golden retriever “Kobe”, Mike was looking forward to starting a new garden this spring.

Mike is survived by his mother and stepfather:  Jacquelyn and William E. Walker of Park Rapids, MN, his daughter, Andrea Brogren of  Detroit Lakes, three brothers:  John (Min Shen) Ehlers of Luxembourg, David Ehlers of Portland, OR and Adam (Melissa) Stensgaard of Kindred, ND.  He is also survived by one step-brother, Bill Walker of Menahga, MN and one step-sister, Elizabeth Walker (Mike Berre) of Rochert, MN.

He is preceded in death by his father, Keith Stensgaard, his  grandparents: Jack and Thelma Harris and Selmer and Ebba Stensgaard.

Click to download / open
To order memorial trees or send flowers to the family in memory of Michael Stensgaard, please visit our flower store.
Open