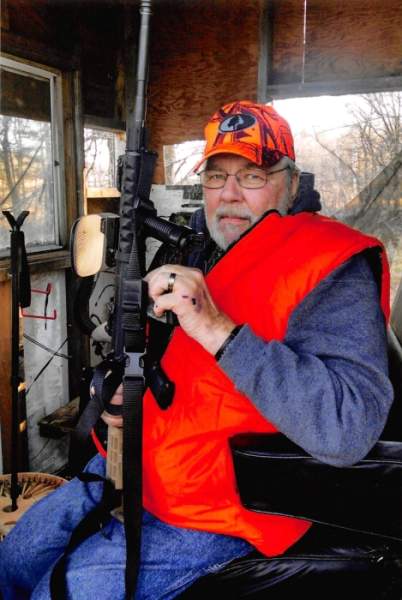 Michael was born January 3, 1950 in Detroit Lakes, MN to Luthard and Gertrude (Fethke) Brun.    He attended school in Detroit Lakes earning his GED in 1968.  After high school Michael enlisted with the Air National Guard.   He returned home and enrolled at the Detroit Lakes Vo-Tech.  He completed three course certifications in Architectural Drafting, Diesel Mechanics and Business Management.  On August 20, 1976 Michael was united in marriage to the love of his life, Vicki Stene at the Church in the Wildwood, rural Detroit Lakes.  They resided in Detroit Lakes and were blessed with three children:  Tracy, Matthew and Benjamin.   Michael worked as a truck driver, small business owner and salesman.    Throughout his working career he had the privilege of meeting many people and developed long lasting friendships in the process. Due to his medical conditions, Michael was forced to retire in 2009.   He enjoyed his interests during retirement which included hunting, fishing, leather work, collecting guns, woodworking and tinkering on projects in and around the house.   He cherished time with his family, his nephew Kobe and especially his three grandchildren: Nevaeh, Quinn and Bodhi.  Michael was a devoted husband, father and grandfather who always placed family first and will be deeply missed by everyone who knew him.

Michael is survived by his wife of 41 years, Vicki of Detroit Lakes, one daughter:  Tracy (Tim) Erickson of Detroit Lakes, two sons:  Matthew (Christina) Brun of rural Frazee, MN and Benjamin (Molly) Brun of Denver, CO.   In addition he is survived by four grandchildren:  Nevaeh Rhyann, Quinn Teagan, Bodhi Michael and one due February 2018 (whose name is only known to Grandpa Michael) along with one brother:  James Brun of Detroit Lakes, one sister:  Sandra (Chuck) Wilkening of California and many nieces, nephews, great-nieces, great nephews and cousins.

He is preceded in death by his parents:  Luke and Gerry Brun, one sister:  Carole Grabinske, father-in-law: Arvid Stene and his beloved cat, “Shadow”.

In lieu of flowers memorial contributions are preferred.

To order memorial trees or send flowers to the family in memory of Michael Brun, please visit our flower store.