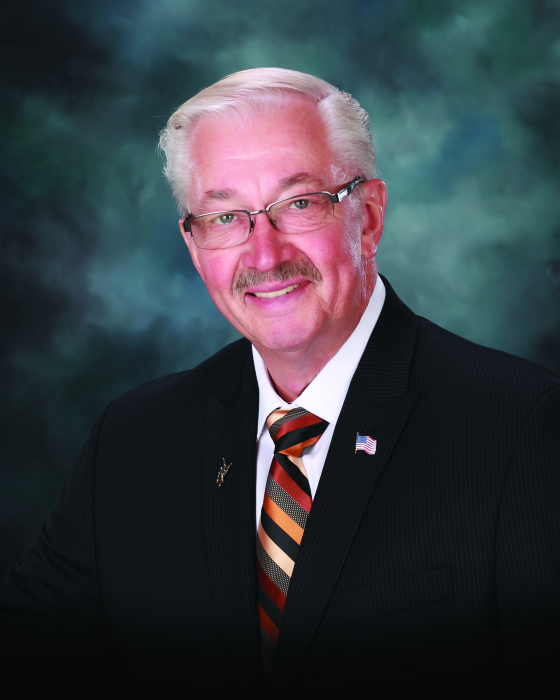 Merle Sagen, 76, of Lake Park, MN and longtime employee of David-Donehower Funeral Home, passed away at his home on Tuesday, July 21, 2020.

Merle Emmett Sagen was born on September 6, 1943, in Syre, MN, to Judien and Florence (Ovaldson) Sagen.  He grew up in Twin Valley, MN and graduated with the class of 1961.  On June 20, 1961, Merle enlisted with the United States Army as a paratrooper in the 101st airborne division. He served during the Bay of Pigs, also known as the Cuban crisis.  Merle was honorably discharged on June 19, 1964.

Merle married Doris Marks on December 18, 1965 and they had three children, Guy, Dorinda, and Byron. The couple later divorced.  Merle started working for the Minnesota Highway department in Crookston, MN as a laborer later transferring to Saint Paul as a traffic controller. He then moved to Detroit Lakes around 1967 and worked in the sign shop for the Minnesota Highway Department.  In 2000, he retired as supervisor of the sign shop. Merle joined the Detroit Lakes Fire Department in 1972. Throughout Merle’s career with the fire department, he served as assistant Fire Chief, held a spot on the dive team, served as an EMT, and instructed CPR. He retired in June of 1994 from the fire department.  Merle then began working for David-Donehower Funeral Home on November 15, 2001. He was still working at the funeral home until May of 2020 when health issues forced him to stay home. He worked as a well-respected funeral attendant over the years. Families knew and trusted him. He kept the funeral home clean, neat, organized and free of bugs in the lights. Words cannot express how much we will miss him, or how much we learned from him.

Merle was a lifetime member of the American Legion Post #15, having served as Past Post Commander and Past Post Adjutant of the 9th District.  He was also a lifetime member of Post #181 of Lake Park, MN an Eagles member and a member of the Elks. Merle was not a member of enough organizations, so he became a member of the Lake Region Color guard becoming one of the founding members of the Veterans golf classic, that raised money for the Veterans homes in Fargo and Fergus Falls. He was instrumental in bringing the dialysis unit to Detroit Lakes for his fellow veterans to stay close to home and receive dialysis.  Merle was engaged in bringing the Alzheimer’s wing to Emmanuel Nursing home and was extremely proud to be a veteran and always looked at ways he could help his fellow comrades.

Merle was the perfect definition of a “Family man”. He was a friend to many and a stranger to none. The personal relationships that he made throughout his life were the most valuable of his possessions. Not only was he always more than willing to lend a helping hand, donate time or volunteer his talents, he was a kind and talented man that loved his family deeply. He enjoyed hunting in his deer stand that he built for luxury naps , golfing, fishing with the kids and grandkids, snowmobiling, traveling and going to Laughlin, NV to the casino.

He is preceded in death by his parents Judien and Florence; and brother Jerome Sagen.

The family is requesting in lieu of flowers, that memorials be given to the Lakes Region Area Color Guard, 16905 Sharon Ave, Detroit Lakes, MN 56501.

To order memorial trees or send flowers to the family in memory of Merle Sagen, please visit our flower store.
Open