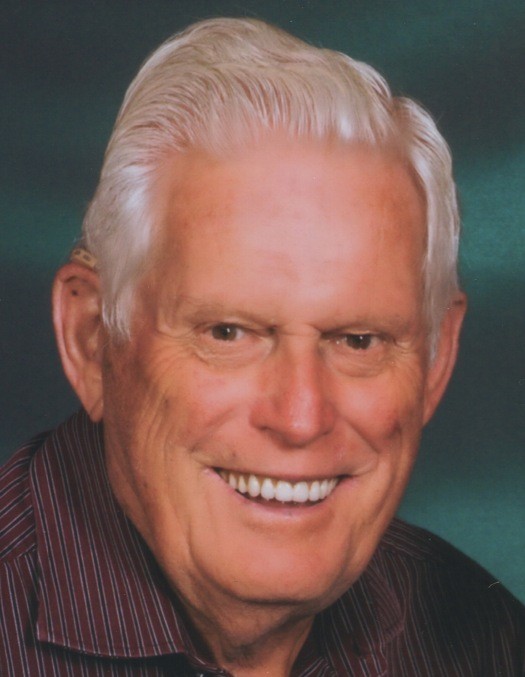 Melvin was born April 3, 1928 in Freeport, MN to Albert and Rose (Barhorst) Hoeschen.  In his growing up years, he worked on area farms until he began working for Swift and Company in Sauk Centre, MN.  Mel served with the U. S. Army from May 1946 to October 1947.  Following his Honorable Discharge, he returned to Sauk Centre and worked for Swift and Company.

Mel was united in marriage to Mary Ann Breitbach, the daughter of Math and Mathilda (Koll) Breitbach on November 7, 1950 in Elrosa, MN.  In 1966, he accepted a transfer with Swift and Company to Detroit Lakes, MN, where he lived the rest of his life.  Swift and Company was later sold to Conagra and Mel continued to work for Conagra until his retirement in 1991.  He was proud of his work with Conagra and had many awards for his achievements during his 42- year career.

Mel enjoyed time with his family, golf, all sporting events and being active with his church.

Mass of Christian Burial will be 12:00 Noon, Saturday, June 12 at Holy Rosary Catholic Church in Detroit Lakes, with visitation one hour before.  Interment will be in Holy Rosary Cemetery with Military Rites provided by the Lake Region Veterans Honor Guard.  David-Donehower Funeral Home is serving the family.

To order memorial trees or send flowers to the family in memory of Melvin Hoeschen, please visit our flower store.