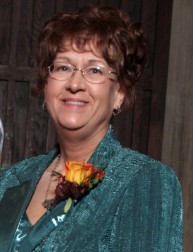 Mary Paulette Paulson, 64, passed away Tuesday, May 1 at Essentia Health in Fargo, ND after a long fight with her second battle against cancer.

Mass of Christian Burial will be held Tuesday, May 8 at 11AM in St. Ann’s Catholic Church, Waubun, MN.   Visitation will be held Sunday, May 6 at David Donehower Funeral Home in Detroit Lakes from 5pm-7pm with a 7pm Prayer Service and time of sharing.

Mary was born February 16, 1954 in Detroit Lakes, MN to Duane and Odelia (Heinen) Tietz.  She graduated from Lake Park High School in 1972.  Mary furthered her education at Moorhead State College, graduating with a Bachelors Degree in Medical Technology.   She worked as a Medical Technologist for over 25 years.   In 2001 she earned a Bachelors Degree in accounting from Bemidji State University.  For 14 years Mary worked as a licensed CPA retiring in October of 2015.

Mary is survived by her husband Earl of Bagley, MN, one daughter:  Erin (Steve) Kline of Dickinson, ND, one son:  Jason (Candice) Paulson of Simi Valley, CA, two grandchildren:  Kolby Paulson and Sullivan Kline.  Mary is also survived by her mother: Odelia Tietz of Detroit Lakes along with three brothers:  Donald Tietz, Richard Tietz and Scott Tietz, and one sister:  Terry Beck.  In addition she is survived by eight nieces and nephews and eight great-nieces and great-nephews.

She is preceded in death by her father Duane Tietz, mother-in-law:  Eleanor Paulson, one sister:  Bonnie Galbrecht and nephew, Brian Galbrecht.

To order memorial trees or send flowers to the family in memory of Mary Paulson, please visit our flower store.
Open