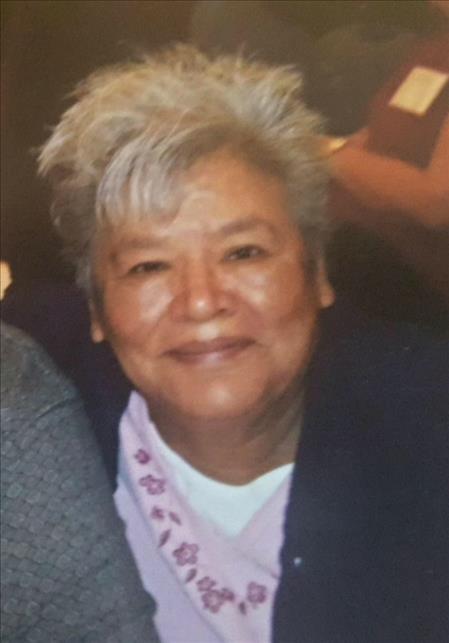 Mary Rose Favorite was born October 9, 1940 in Cass Lake, MN to Rueben and Anna (White) Rock. She moved with her family to Ponsford, MN as a child and is a 1962 graduate of Park Rapids High School. She moved to the Twin Cities after high school and was united in marriage to Andy Favorite, September 22, 1982 in Duluth, MN. They lived in the Twin Cities where Mary was a Social Worker for Hennepin County Social Services. They moved to Waubun, MN in the early 1990's where Mary continued to be active with the White Earth Tribe in the Chemical Dependency and Mental Health areas. In recent years, she was very active with the White Earth Grandmothers' Council. Andy died in 2012. Mary enjoyed dancing, going to the casino and keno. She was active in AA and enjoyed 41 years of sobriety. She was the honored recipient of the Kentucky Colonel award; the highest award presented by the Governor of the state of Kentucky. It recognizes accomplishments and outstanding service to a community, state or the nation. Mary was also named the 2013 Civil Rights Person of the Year by the Minnesota Civil Rights Commission. Survivors include a daughter and three sons: Elizabeth (Tony) St. Clair of St. Louis Park, MN, Darwin (Debbie) Rock of Elk River, MN, Kevin Armstrong of Elk River, MN, Michael (Sara) Armstrong of Franklin, MN, 10 grandchildren, 11 Great Grandchildren, two Sisters: Anna (Tom) Magoris of Park Rapids, MN, Stella Rock of Roseville, MN and a brother, John (Hanna) Rock of Bemidji, MN.

In addition to her husband, she was preceded in death by her parents, three brothers, Sam, Rueben and Melvin Rock and a Grandson, Travis Rock.

To order memorial trees or send flowers to the family in memory of Mary Favorite, please visit our flower store.