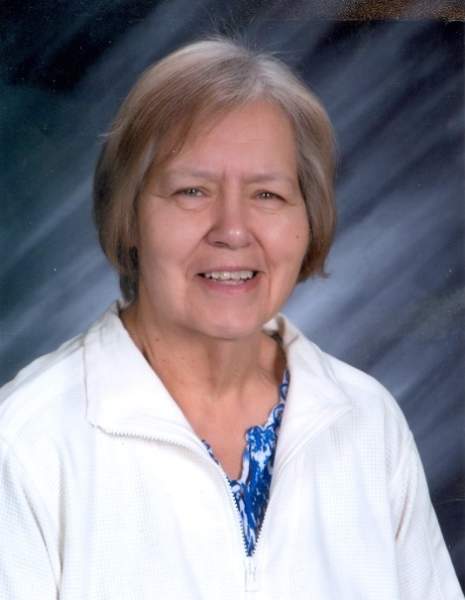 Mary Heisler was born on July 7, 1951 to William John and Martha (DeGroat) Heisler in Moorhead, MN. She grew up in the Ogema area, attending Ogema Grade School and Waubun High School where she graduated in 1969. Mary completed one year at Detroit Lakes Tech. She was offered a job with the FBI in Washington D.C.

She worked two summers at the Grand Portage Café and the Viking Snowmobile in Waubun, MN. Before her marriage, Mary worked at the Ogema Café owned by Don and Dolly Berry. She was united in marriage to Terry Dorman on July 3, 1971 and to this union two sons, Kevin and Andrew, were born. After her marriage, she worked as a secretary for Martin Imp. in LaFayette, IL for three years.

Upon moving to Bemidji, MN, Mary worked with the Native American Arts and Crafts. Then after moving to Ogema, Mary worked at McArthur Foods in Ogema before starting at the Ogema Grade School as an aid. She eventually transferred to the library where she worked for 32 years. One of the things she loved most was working with all her students, or Honeys as she called them, and her co-workers until she retired. She would even arrive early to the school just to greet the children as they got off the bus.

In November 2018, Mary was diagnosed with Lewy Body Dementia.

Mary enjoyed many things in life like reading and going to the casinos. Mary enjoyed going for rides on the motorcycle with Terry to various casinos and trips. However, nothing brought her more joy than socializing with her family and friends, specifically her children and grandchildren.

Mary was preceded in death by her mother Martha, and Jamie Anderson and Michael Anderson.

In lieu of flowers the family encourages donations to the Lewy Body Dementia Association.

The family would like to send a special thank you to all of the Hospice Nurses, White Earth home health nurses, and all staff of the White Earth Public Health

To order memorial trees or send flowers to the family in memory of Mary Dorman, please visit our flower store.